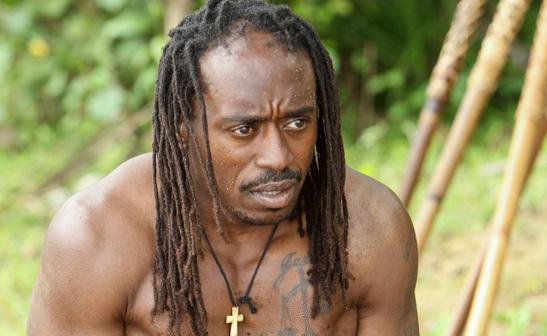 ML- Returning players risk a lot when they sign up for Survivor a second time. Jenna Morasca won season 6 and agreed to return for All-Stars despite her mom being sick with cancer (She ultimately quit and made it home in time to say goodbye before her mom passed). Those blessed with golden edits their first time around like J.T. and James open themselves up to be portrayed in completely different lights; as bumbling idiots and sore losers.

I think the worst thing to happen to a returning player is to be disappointed by an early elimination. Did anybody really enjoy the first half of All-Stars, as Tina, Rudy, Rob C, Jenna M, Hatch, Colby, Ethan and Jerri ALL went home pre-merge, while the likes of Alicia, Jenna L, Shi-Ann, Amber, Lex and Big Tom took the top spots? Same goes for Fairplay and Yau-Man in Micronesia, and Cirie and Tom in Heroes vs. Villains. Going home early is a hit to your confidence, as if maybe the first appearance was the fluke and this is your true measure as a player.

For Russell Swan, however, he doesn't even get that comparison. His first outing he failed on the physical level. This time he failed again, even worse, on the social and mental level. He wasn't by any means "All-Star" worthy to come back to play, and a second shot at the title affirmed he is just another mediocre competitor. His post show interviews have been painful to read and listed to -- the man clearly loved the game, he just had no understanding of his position in it or, most unfortunately, how to play it well.

Granted, he wasn't blessed with the most skilled competitors, but I'd choose Denise and Malcolm over any of the other blokes (minus Penner) any day. Tribes like Koror in Palau have been stacked with misfits and gone on to dominate under proper leadership. As much as he wants to be, Russell Swan is no leader. He was the ugly duckling of Survivor hoping to finally get his break, and this wasn't it.

Denise and Malcolm are in trouble. If the tribes stay the same, eventually they'll have to compete head-to-head in a fire building challenge for who gets to stay. If there is a tribe dissolve, they'll be separated without an idol and left to fend for themselves against the former six Tandang or Kalabal members. Chances are that they'll have some trouble fitting in.

The challenge was incredibly close, and one of the best finishes the show has had in a while. Many things about the episode were great; I mostly loved the wordless opening of Matsing members seated in the rain just trying to cope with their existence. Once upon a time, this was a show about real people taken out of their element and most of the episodes focused on camp life and cultural discrepancies. Today, everyone has either played before or is a D-list celebrity or aspiring model/actor and the episodes highlight the drama and cut out the "reality". Hearing Russell's story to Denise about punching someone as a kid was almost awkward for today's Survivor, but would have fit in nicely in season 1. As much as I love strategy, this was a welcome escape.

Tandang is full of strategy. Pete has surpassed my expectations and become the troublemaker of the tribe. He's got Abi-Maria, Artis and possibly Lisa under his wing and has successfully framed RC as a liar. RC is too dumb to suspect foul play and fails to adapt to the changing dynamics of the tribe. Abi-Maria is not your friend or ally, RC. The sooner you get that through your brain and figure out where the true power lies the better chance you have at avoiding elimination.

Kalabal has some strategic rumblings as well, mostly on the part of Jeff and Penner. The Hidden Immunity Idol-bearing Veteran and the wounded baseball legend have teamed up along with the most invisible player in recent memory, Carter, to form a boys club. Dana, Dawson and Katie are rightly suspicious and formed their own posse. It'll be interesting to see what happens if Denise or Malcolm is absorbed into this tribe and if the gender battle continues.

So which tribe is better positioned now? It'll be hard to pick a better twosome than Malcolm/Denise for challenges, but it makes more sense that there will be a dissolve. Honestly, whichever tribe acquires Malcolm will probably be the one to succeed. With tribes even again, there's nowhere to hide your weak players, so the manpower will prevail in the increasingly physical challenges of recent seasons. Shame, because I, like Russell, am willing to write over a check to Denise in the off chance she makes the finale.

Episode Grade: B+
Episode MVP: The Editors, for including the slo-mo shot and the nostalgic scenes
Original Airdate: 10/10/2012
Posted by Dual Redundancy at 1:14 PM