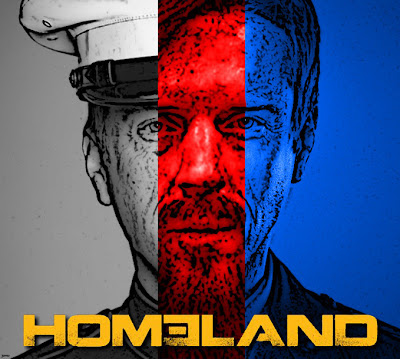 ML- The episode opened with Estes' son Kenny greeting Saul at the door wearing a Darth Vader mask and waving a lightsaber. Just a random quirky way to introduce the character? No, the show is too smart for that. This was a well-thought reference to one Anakin Skywalker, whose story parallels Sgt. Brody. 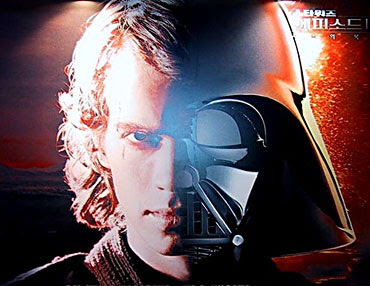 *Warning*: The following is a total nerd-out.

Skywalker was a Jedi Knight during the Clone Wars, a war hero in his own right, much like Nicholas Brody. His mind was distorted by the greatest evil mastermind the galaxy had ever known- Chancellor Palpatine, a Sith lord who went on to proclaim himself Emperor. For our purposes, Palpatine and Abu Nazir are one and the same.

The Jedi discovered Skywalker and Palpatine's involvement too late. The Jedi Master Mace Windu confronted Palpatine and expected Skywalker to follow suit. Skywalker didn't, betrayed Windu and went on to slaughter as many Jedi as possible. It seems as though Estes and Saul are like the CIA's wise, hardened Jedi Masters Windu and Yoda. They've discovered his treason but decided to sit on the information- a bad move that fortunately Carrie was able to undo.

We could call Carrie his Obi-Wan and Jess his Padme (and Virgil and Max are the droids!), but those don't align quite as well. The important thing to remember is that after destroying all the Jedi and running the galaxy with an iron fist, Skywalker was redeemed after being taken down by his son and daughter and restoring balance to the force. Does this mean Brody's story ends in a celebration, with Dana and Carrie working together to turn Brody against Nazir and free the ewoks from Imperial captivity? Hopefully so, except for that last part. Homeland is no place for ewoks.

"New Car Smell" represented a fresh start for Carrie as she settled back into the groove of the CIA, a more worn vehicle in which she must sit shotgun to newcomer Peter Quinn. Quinn was brash and aggressive, but likable in his own way. He didn't trust Carrie more than we'd expect anyone briefed on her history to do, despite the video backing up her story. In a show already packed with several strong characters, it'll be interesting to see the trajectory the writers have planned for him.

Another lesser character who drunkenly stumbled his way to the forefront tonight was Lauder, Brody's marine vet "buddy" who has been spitting out conspiracy theories left and right. He barged into Jess' house and she needed Mike to haul him out. It was to Mike, not Jess, that Lauder shared his craziest theory- Brody and Walker were working together. Mike humored him, yet another weak link in Brody's armor that, by episode's end, is shattered completely.

Carrie is a badass Honey Badger frickin' rock star from Mars. Not only can she knock out Lebanese extremists with cinder blocks to the head, she can hold her own against a proven terrorist in an unprotected hotel room. Were her actions best for the CIA? No, but as she and her father chant, "F*** the CIA!" They were best for her, and after all the horrors she went through, she needed and deserved this victory.

So where do we go from here? This was one of the best season finales I've ever seen, and there are still 8 episodes to go in the season. Saul and Estes' plan of sitting and waiting on Brody is foiled. He's in custody. His VP campaign is screwed, which will be a minor setback for the budding relationship between Dana and her Walden beaux. Mike will probably share Lauder's theory with Jess soon, and Dana will connect the dots, too. If I were Damian Lewis, I'd be on the lookout for new job offers, just in case.