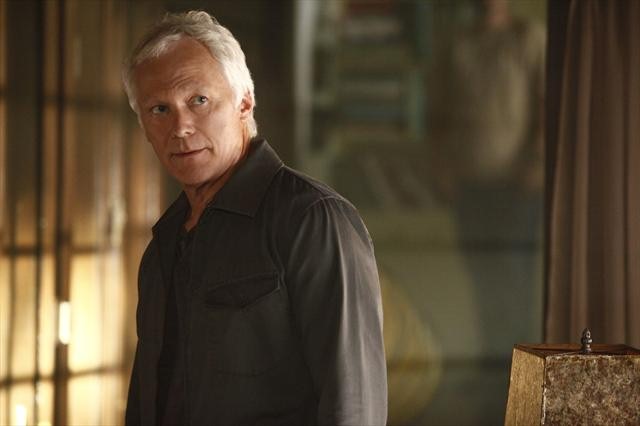 ML- Revenge has gone through a cycle of life, death and resurrection since it began. The pilot was fun and full of life, and things kept getting good until the big Fire & Ice mid-season reveal. After that, however, the show ran out of steam and slowly became the kind of show you'd watch while doing other things (like how I'm writing this while "watching" Fringe from the other night). However, the season finale last year was outstanding and breathed new excitement into the show.

I fear the show is losing the signs of life it showed last year at too fast a rate. Emily's icy disposition used to be commanding and hot, now it's gotten monotonous. Nolan's one-liners are lacking in effort on the parts of both the writers and Gabriel Mann; he's just phoning it in, and I don't think it can be attributed to the character's personal struggles. And Daniel's hair cut makes him look awful.

Amanda and Jack do not interest me. I was hoping the baby really wouldn't be his, but instead it was Emily just being a bitch to the woman who changed her whole identity for her. Was I surprised? No. Nothing has surprised me these past two weeks, except how little my investment has become. Declan's storyline with his new "friend" Trey lending him his step-mother's expensive bracelet for $500? Predictably going to lead to some mediocre drama.

There was one thing that surprised me: The White-Haired Man's unexpected death at the hands of Emily's Revenge buddy, who I believe is still unnamed. He had the potential to be a lasting malevolence in the show's mythology, but they cut him out once he hinted to Mrs. Clarke still being alive when Victoria signed her out of the mental hospital. RIP, WHM.

Nolan's scenes with his company were awkward and didn't quite fit the tone that the show has established. Yes, it's a campy soap, but the humor was a little too light. Maybe it was just the terrible acting by his prospective CEO? Between her and Charlotte, this show needs to step up the casting.

Sorry to be such a spoil sport this week, but there was one bright spot to the episode: Victoria. Her plan to get back at the WHM by using Conrad to Chris Brown her was smart and dark, and in the meantime got Charlotte back in her good graces. Madeline Stowe is the most committed to the show, for better or worse, and she was particularly fun getting punched in the face.