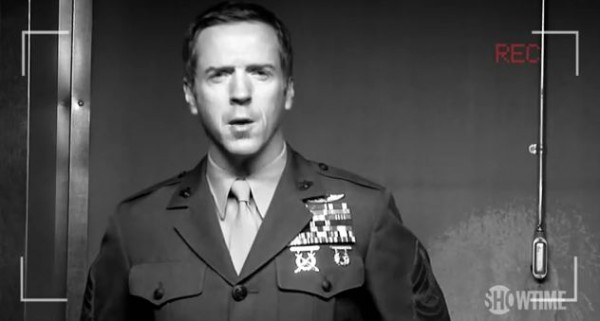 ML- The most heartbreaking moment of "Beirut is Back" was Carrie's panicked breakdown to Saul on the roof of their Lebanese hideout. Despite risking her life and potential for recovery to ship out and help Saul & David Estes extract information from Fatima Ali, Saul admitted to not wanting her there in the first place. All Carrie ever wanted was to do her service to America, so much so that she put her own health on the back burner and focused 100% on Nazir. So when she cries to Saul that she had never been so sure and so wrong about Brody and how much it screwed her up, we, like Saul, gain a greater appreciation for her character.

Yes, she's obsessive and unconventional in her methods, and frankly her handling of her condition was unprofessional and completely deserving of her termination. There would be no issue, and all of us would be on the same side as Saul, if the audience didn't know how right she was. She's struggling to find the answers to a test she already aced, and her quest for someone to believe her is one the audience will be deeply invested in.

Has she found that person already? The episode ended with Saul going through the bag that Carrie foolishly retrieved from Fatima's house, searching for helpful information in the files and documents. Nothing. He notices, though, a stitch in the fabric of the bag itself and tears to reveal a chip. On the chip is the video we saw Brody make in last season's finale, where he stood in the storage unit and explained his forthcoming terrorist actions. The last shot we're treated to is Saul watching this video, aghast, and coupled with Carrie's confession from earlier, the episode packs an unexpected punch into the gut of anyone doubting whether this season would live up to the first.

Nobody expected this season to reach this critical point yet. It surely spells bad things for Saul and especially Brody, but also gives Carrie a new lease on life she may not have expected. Does Saul go to Carrie to begin comparing theories off-the-record? Does he go to Estes without involving Carrie at all? Does he keep it to himself and do some private investigating of his own? Saul is now involved in the scheme as much as Carrie is, and who knows what Brody will do when his back is against the wall. Mandy Patinkin is much more expendable than Claire Danes.

Brody already has plenty of conspiracy theorists in his midst. His old Marine buddies, Mike included, ask him to check the confidential files on the Tom Walker case to see if there's any information on who his real killer was or if any other suspects were involved. Brody lies and explains the files say nothing, which everyone expected him to do. The congressman can not catch a break, as now even his friends are turning their eyes his direction. He's going to have to be much more careful in the coming weeks.

Careful, as in not sending text messages from situation rooms in the Pentagon. He tips off Abu Nazir in one of the tensest moments the series has had so far, but it seemed kind of unrealistic. When the Vice President thinks someone tipped Nazir off, wouldn't it be protocol to search everyone in the room before they exited? Brody is lucky to have gotten away so easily there, but I suppose that's now the least of his worries.

Nazir did survive, despite Carrie and Saul's best efforts. The character truly has transformed into a force of nature; when he stepped out of that car, I gasped as if I saw a ghost, or even a real-life terrorist. I suspect he'll go into hiding for a while, as his trust in many has been compromised.

The second unrealistic thing that kept me from giving this episode a perfect score was Carrie's retrieval of the bag. Sure, it was an exhilarating scene and led to Saul's ultimate discovery of the chip, but the whole thing was too much of a suspension of my disbelief, even with Carrie in her fragile state. Putting everyone's lives in danger of the Lebanese civilians was too risky even on her part, manic or not.

Carrie returns home, considering her mission to have been a failure. The woman in the car with her mentions Carrie must have heard it from everyone and their brother, but thanks her anyway. From what we saw, nobody thanked her. It's always been a thankless job for Carrie, and she's never minded, but this time it wasn't a job, it was a favor. Not to be thanked for a favor that big is going to make her even further re-evaluate her stance on the CIA, which could be trouble once Saul approaches her with his intel.

The only other development this week was Dana with her new non-moronic boy toy, Finn Walden, aka the one she called out during her "Muslim Dad" rant. Could the congressman's daughter coupling with the Vice President's son be a match made in heaven or yet another political complication, especially if things don't end well or she spills some secrets? Time will tell. By the pace that the show is traveling at right now, for all we know that time could be tonight.