Big Brother 14: Blood Up to My Elbows 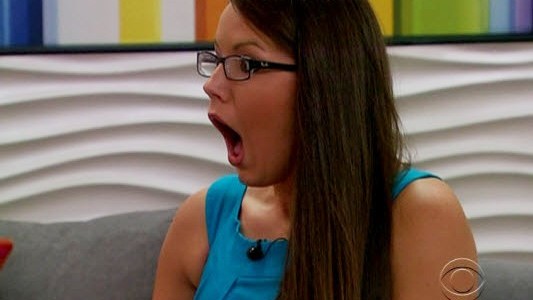 ML- The picture says it all: Dan Gheesling is a mastermind.

(I'm not even going to address the clip show episode tonight. All you need to know is Dan won endurance Part 1).

He has gotten himself into a situation where both remaining players want to bring him to the Final 2, guaranteeing him $50,000 and giving him a pretty great case to the half-a-million.

But will the "blood up to his elbows" blind the jurors from voting for Dan, who has played an amazing strategic game but failed to handle jury management? We got our first glimpse at the jury house last week, where we saw Britney battle Frank over Dan's gameplay. Frank thought Dan was playing dirty because he made a deal then went back on it, but Britney reminded him Frank did the same thing to her. What it all comes down to is that it is A GAME, and, as Boogie said, "this is the Big Brother house. You can bounce checks." Remember that, Frank? Chill out, bro.

Danielle/Ian:
Ashley: Ian
Britney: Ian
Frank: Ian
Joe: Danielle
Jenn: Danielle
Shane: Danielle
Dan: Toss Up
Verdict: I think this all comes down to Dan. Will he vote for his player or for the better player? My guess is Danielle.

So everyone has a shot to win this! Can't wait to see the final HoH Wednesday night and to go to the finale party on Thursday! If anyone has questions for any of the Houseguests, be sure to post them in the comments and I will do my best to make sure they are asked!


Posted by Dual Redundancy at 8:22 PM