ML- In all the acting categories at the Emmys, nominees submit one episode (or "tape") they feel showcases their best work that season. I've been watching all the submitted "tapes" and reviewing them critically to help determine which actor/actress is most deserving come Emmy night. 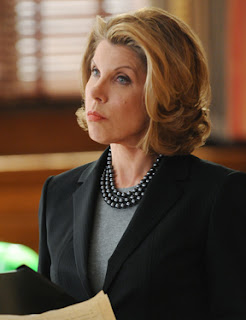 Christine Baranski as Diane Lockhart in The Good Wife
Submission Tape: "Alienation of Affection"
A.K.A. The One Where... Diane is courted by a process server who brings bad news: a husband and wife that Lockhart/Gardner helped divorce are suing, saying the company forced them into splitting up.
Notes: Baranski didn't have as much chemistry with this guy as she had with Gary Cole's character, who has frequented her past tapes. Obviously, she likes to submit episodes with a mix of professional and romantic, which is a good choice, because Diane can often be bland. This was a good showing that gave her a decent amount of screentime, but not enough oomph to leave a lasting impression.
Verdict: Baranski is a great talent who gives consistently good performances, but this wasn't a winning tape.
Grade: 6.5/10 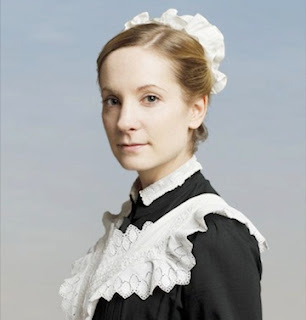 Joanne Frogatt as Anna Smith (Bates) in Downton Abbey
Submission Tape: "Episode 7 (Christmas)"
A.K.A. The One Where... Bates is convicted of murdering his wife and sentenced to death, which shakes Anna to the core. She pleads to the Crawleys to help fight it, and Bates is awarded life in prison foe the time being.
Notes: Frogatt is strong and likable as a woman who stands by her man, but like Baranski, there is so much else going on in the episode that her presence gets overshadowed by other plots and actors.
Verdict: It was an honor for her to be nominated, and I see a great possibility of her building her character more and getting in again next year. For now, Anna will have to settle for the victory of getting Bates' life saved.
Grade: 6.5/10 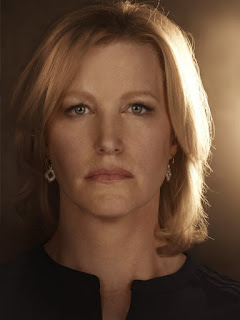 Anna Gunn as Skyler White in Breaking Bad
Submission Tape: "Cornered"
A.K.A. The One Where...  Skyler worries to Walt about the frantic phone calls and thought he was in danger, to which Walt famously replies "I AM THE DANGER!" Now more aware of the scope of his power, she drives to the four corners to seek out a new life, but can't bring herself to move away. She returns, and vows she has to save the family from the man trying to save the family.
Notes: Love her or hate her, Skyler is brilliantly acted by Anna Gunn, who captures all the emotions needed for a woman in Skyler's position. She is limited to few scenes, but the ones she is in feel important and resonate with the audience.
Verdict: Gunn may benefit from Season 5 airing during the voting period. I don't think she has enough support to take the top prize, but she's going to give them one hell of a fight.
Grade: 7.5/10. 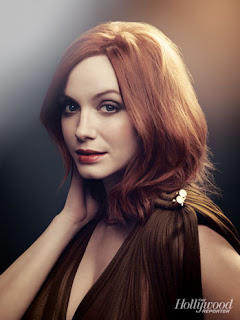 Christina Hendricks as Joan Harris in Mad Men
Submission Tape: "The Other Woman"
A.K.A. The One Where... Joan sleeps with the Jaguar executive to land the account for the company in exchange for being promoted to partner.
Notes: This one had everyone talking, and really showcased Hendricks. The look she gives Don when he comes to the house to talk her out of it (after she's already done it) and her look at the end to Peggy conveyed more emotion and emphasis than some of the other nominees in their entire tapes. She took us on the journey of Joan's decision and made what could have been an eye-roll worthy piece of contrived melodrama into a game-changing moment.
Verdict: Mad Men has never had an actor win an Emmy, and this year their best bet is this Mad woman.
Grade: 8.5/10 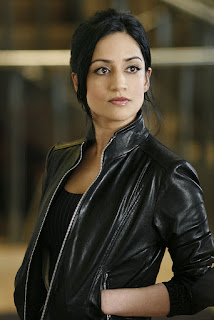 Archie Panjabi as Kalinda Sharma in The Good Wife
Submission Tape: "The Dream Team"
A.K.A. The One Where... Alicia finds a check that should have been in Kalinda's personal belongings, and when she calls the number a mysterious man answers. When Kalinda finds out she freaks, buys a hammer and tears apart her wall to get a bunch of hidden money that she packs into a bag. Later, she reveals the man is her crazy husband she escaped Canada from, and waits with a loaded gun as he approaches the apartment after stealing the money, Yowza.
Notes: Panjabi, who won this award two years ago, had to battle against the regular cast plus the "Dream Team" of Michael J. Fox and Emmy-winner Martha Plimpton for screen time. Did she hold her own? Unfortunately, not as much as she needed to. Kalinda is never the most compelling character, but she is the most mysterious, so the hook outshines the acting.
Verdict: Panjabi will probably not repeat for this role, and she shouldn't. Basically a Lisbeth Salander copycat with less intensity, Kalinda the character doesn't get the meaty stories needed to break to the top of the pack, or even the middle.
Grade: 6/10 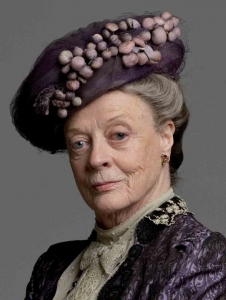 Maggie Smith as Violet Crawley, Dowager Countess of Grantham in Downton Abbey
Submission Tape: "Episode One"
A.K.A. The One Where... Violet snarks at everyone and fusses over the flowers.
Notes: This character is fun and funny, but is Maggie Smith really reaching to portray her? My grandma can be just as funny as the Dowager Countess. Yes, she is beloved, and will probably win another Emmy for the role (she won while Downton competed in miniseries last year) but as far as tapes go, this was not incredily strong, a shame for a character I do like so much.
Verdict: She's a safe bet to win, but I would hate to see it for this particular tape.
Grade: 7/10

How My Ballot Would Look: