ML- In all the acting categories at the Emmys, nominees submit one episode (or "tape") they feel showcases their best work that season. I've been watching all the submitted "tapes" and reviewing them critically to help determine which actor/actress is most deserving come Emmy night.

Next up today is Comedy Supporting Actress 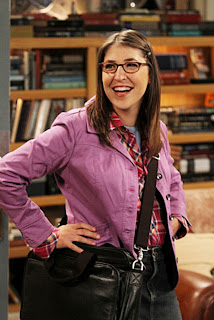 Mayim Bialik as Amy Fowler in The Big Bang Theory
Submission: "The Shiny Trinket Maneuver"
A.K.A. The One Where... Sheldon isn't excited about Amy's publication in a scientific journal, so she gets angry, forcing Sheldon to take Penny's advice and buy her some jewelry: a tiara, which Amy flips out over.
Notes: Bialik only appears in two scenes, one at the beginning and one at the end, and the one at the beginning isn't funny. Her excitement when she sees the tiara is funny, but hardly enough to pass as a well-rounded acting performance.
Verdict: Apparently Bialik has many better episodes and is a fan favorite, as well as a veteran actress. I would hate to see her win this year, but Big Bang has defied my predictions before.
Grade: 4.5/10 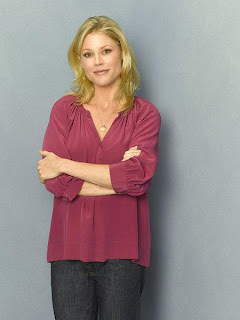 Julie Bowen as Claire Dunphy in Modern Family
Submission: "Go Bullfrogs!"
A.K.A. The One Where... Claire has a free night and, rather than watch Gone With the Wind with the other moms, goes out on the town with Mitch and Cam's friend, who isn't gay like she assumes, making for an awkward, inappropriate night.
Notes: Bowen lets loose in this one, for once not being the uptight one, and its a relief. Her scenes with Gilles Marini are farcical and fun and the payoff with the other moms at the end is a fine comedic moment.
Verdict: Bowen won last year and should take this again. While I'd rather see someone else win, I can't deny she was the best.
Grade: 8/10 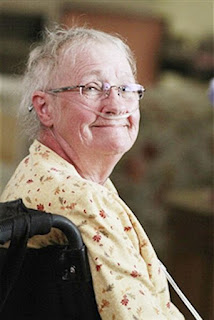 Kathryn Joosten as Karen McKluskey in Desperate Housewives
Submission: "Finishing the Hat"
A.K.A. The One Where... Karen asks Bree to find her a specific record (and record player) before she dies. Later, Karen succumbs to her cancer while listening to the record.
Notes: Joosten passed away just a few months after this aired of the same cancer as her character. Joosten, who was beloved in Hollywood, may receive the Emmy posthumously. Unfortunately, like Bialik, she has only a couple scenes in the episode before her death, and they're more sad than funny.
Verdict: Joosten is given little material of merit, but outside forces could give her another Emmy for the role, which she won Guest Actress for twice in the past.
Grade: 3.5/10 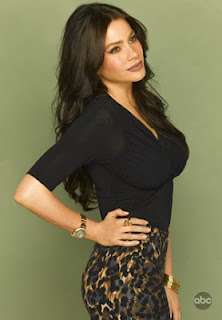 Sofia Vergara as Gloria Delgado-Pritchett in Modern Family
Submission: "Tableau Vivant"
A.K.A. The One Where... Gloria is jealous of Jay's friendship with a waitress at the restaurant where he has a sandwich named after him. She also refuses to eat the sandwich, upsetting him.
Notes: Gloria is likable and funny here, a solid tape for Vergara who, like Ed O'Neill, had little to do this season. Her jokes land better than usual and her jealousy makes her more relatable.
Verdict: Good episode, but probably not going to sway enough voters to give her the win.
Grade: 7/10 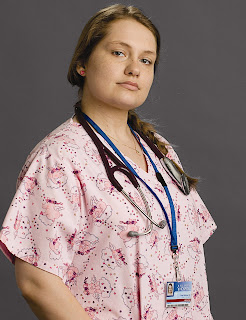 Merritt Wever as Zoey Barkow in Nurse Jackie
Submission: "One-Armed Jacks"
A.K.A. The One Where... Zoey looks for a roommate but has her posters torn down by Cruz. Later, Jackie lets her stay with her while Kevin has the kids, and Zoey does a happy pancakes dance.
Notes: Wever in Nurse Jackie seasons 1 and 2 was one of my favorite comedic actresses ever. Season 4 marked a return to form for the show, but I feel this nomination comes too late for Wever. Her pancake dance is incredibly charming, but it probably won't be enough to send her dancing up to the podium Sunday.
Verdict: Wever deserved this nomination a few years ago, and good for her for getting it now. Will she win for her body of work rather than this episode? That's the only way I see it happening.
Grade: 6.5/10 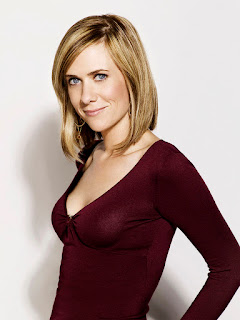 Kristen Wiig as Various Characters in Saturday Night Live
Submission: "Mick Jagger"
A.K.A. The One Where... Kristin has her emotional farewell to SNL, and acts in sketches like Secret Word, the Lawrence Welk Show and The Californians.
Notes: Wiig is a love-her-or-hate-her force on the show, but personally, I love her. Even Secret Word and Californians make me laugh. Plus, the farewell at the end where every cast member and Lorne Michaels all dance their goodbyes and sing with Arcade Fire was really moving.
Verdict: McCarthy won last year thanks to her Bridesmaids affiliation. Will Wiig ride that success wave to her last chance at an Emmy? It's highly possible.
Grade: 7.5/10

How My Ballot Would Look: