Next on the list in the Emmy Voter category is...

Jim Carter as Mr. Carson in Downton Abbey
Submission: "Episode 2"
A.K.A. The One Where... Carson doesn't do much of anything in this episode and I'm not sure why Carter picked it when he had the great heart-issue episode to choose from as well.

Brendan Coyle as Tom Bates in Downton Abbey
Submission: "Episode 7"
A.K.A. The One Where... Bates is put on trial and charged with murdering his ex-wife, but is given a stay of execution. He also shares some tender moments with Anna.

Peter Dinklage as Tyrion Lannister in Game of Thrones
Submission: "Blackwater"
A.K.A. The One Where... Tyrion leads the Lannister army against Stannis' men in the epic Battle of Blackwater.

Giancarlo Esposito as Gustavo Fring in Breaking Bad
Submission: "Hermanos"
A.K.A. The One Where... Gus flashes back to when he and his partner approached the Salamancas for a business venture, but Tio ended up shooting his partner and forcing Gus to look into his eyes. This is paralleled with the present, where Gus confronts wheelchair-bound Tio after killing everyone left in the cartel.

Jared Harris as Lane Pryce in Mad Men
Submission: "Commissions and Fees"
A.K.A. The One Where... Don discovers Lane's forged check and fires him. A disgraced Lane returns home and tries to kill himself, but can't even manage to do that right. Everyone returns to the office the next day to find Lane hanged himself on the back of his door.

Aaron Paul as Jesse Pinkman in Breaking Bad
Submission: "End Times"
A.K.A. The One Where... Brock gets sick and Jesse thinks its because he got ahold of the ricin cigarette. He accuses Walt of giving it to Brock and holds a gun to Walt's head, but Walt convinces Jesse that Gus must have been behind it, and the two reunite against Gus.

Notes: The Downton men, Carter and Coyle, don't stand a chance against these dramatic powerhouses. Harris, while incredibly emotional, actually doesn't have a large amount of material, and most of the episode revolves around how others relate to the suicide. Dinklage had a great, inspirational and funny tape, but he isn't number 1.

Verdict: The Breaking Bad boys are the top 2 here, and it's incredibly close. Paul won this award two years ago, so I'm giving the edge to Esposito, who was brilliant his whole run on the show and deserves recognition. 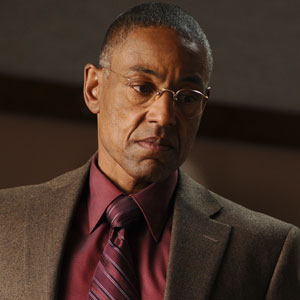