Music News: Katy Perry Stole a Song and She Liked It 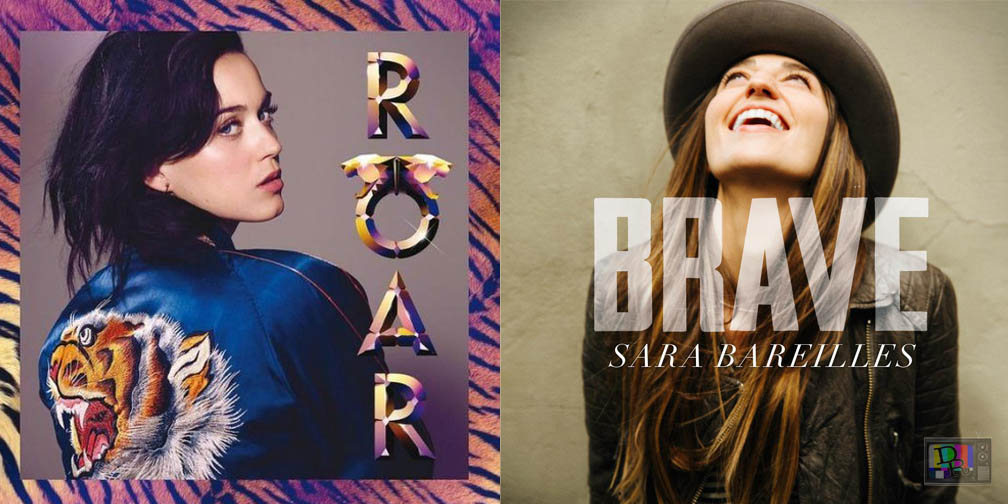 DA- Attention Katy Perry fans! Two days before “Roar” (her first single from her upcoming album “Prism”) was supposed to premiere the song has leaked early thanks to a possible “mistake” on the Internet.

However, many people could argue they heard “Roar” way before today. No, not from stealing Doc Brown’s time machine and traveling ahead in time but from already hearing Sara Bareilles’ lead single “Brave” which premiered back on April 23rd. Listen below and judge for yourself.

In a case similar to the “Born This Way”/”Express Yourself” controversy of 2011, these songs sound pretty identical. Now perhaps Katy Perry made an honest mistake and somehow never heard of Bareilles’ song. I mean she must have been pretty busy working on said album during the song’s rise to #11 on Billboard’s chart of adult pop songs and #61 on Billboard’s Hot 100. Oh wait…


Yeah. This isn’t good. Maybe Perry is simply “sampling” Bareilles and has her and everyone who worked on “Brave” on board. While no comment has been made yet it will be interesting to see how Team Perry plays this one out. Stay tuned.
Posted by Dual Redundancy at 7:47 PM