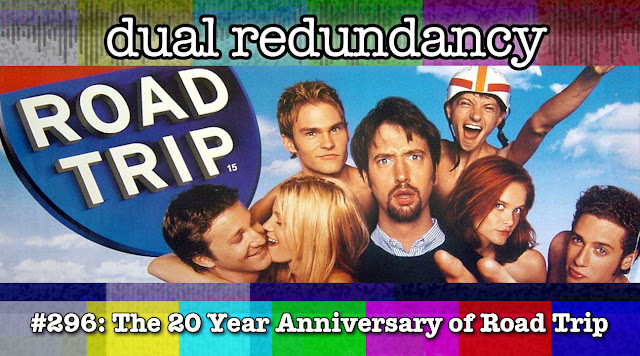 In this week's special episode David, John and Kyle discuss and break down the 2000 comedy classic film Road Trip in celebration of the film's 20th anniversary.


You can also listen to past episodes (including more movie podcasts) on iTunes or on our YouTube channel. Also be sure to subscribe to our Twitch channel!
Posted by Dual Redundancy at 5:41 AM