It is March and that only means one thing: March Madness! Even though we do not discuss sports we still wanted to join the bracket fun and make one for ourselves. This year Dual Redundancy wants to know who is the top artist or group on the pop charts?

How did we calculate who made the bracket and what seed each person got? A list was made of popular artists and groups. Before looking who was going to compete against who we decided to go based on alphabetical order by first "name". This way we can make it fair for artists with a one word name (Sia and Prince) and can easily mix groups in. Also we are looking at stage names and not the artist's birth name (Lady Gaga instead of Stefani Germanotta).

After the first round some big names are already gone including Eminem and Jay-Z on the male side and Adele and Mariah Carey on the female side. Make sure you vote in round two so your pick does not get left behind!

Click here to vote in round two! Only one vote per person. 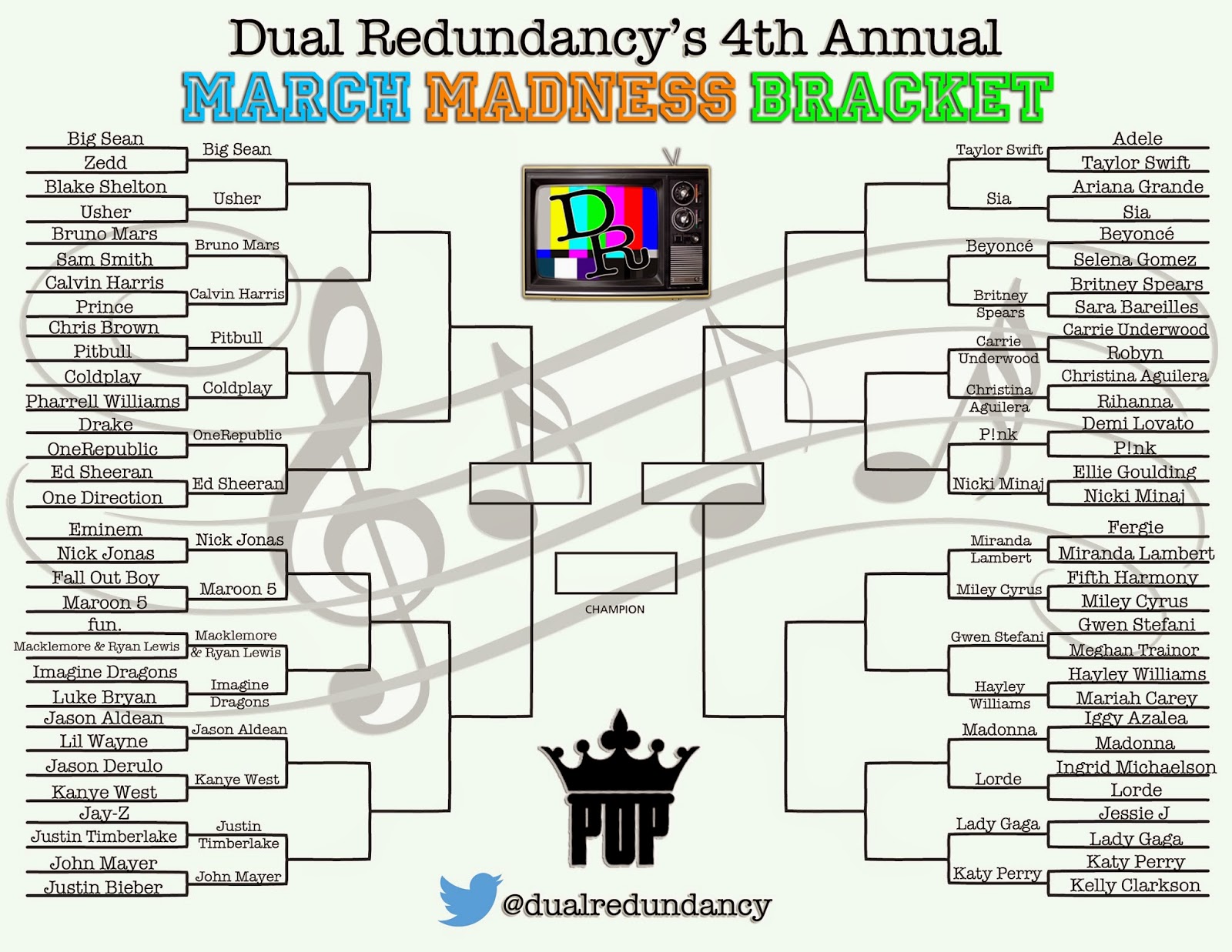 Posted by Dual Redundancy at 11:18 AM