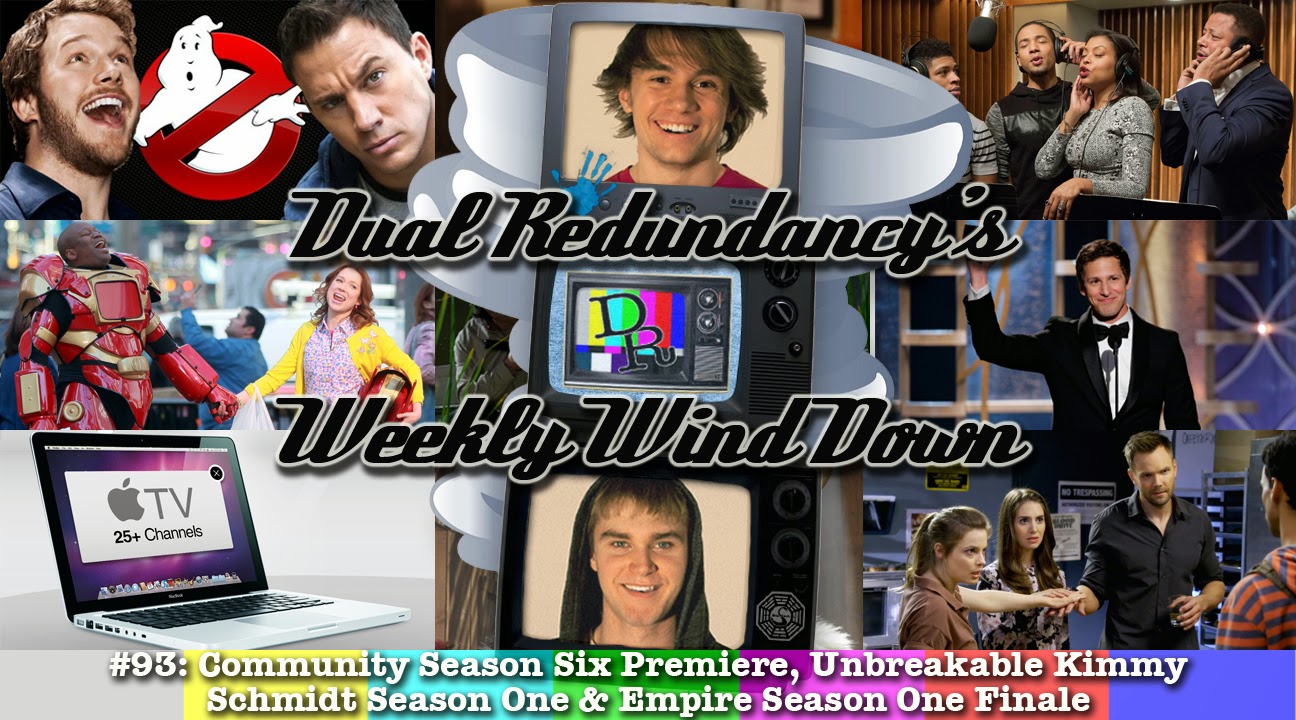 In this week's episode we react to four upcoming Ghostbusters films (2:43), Andy Samberg hosting the 67th Emmy Awards (9:24) and many new streaming services including NBC's comedy service, HBO Now and the proposed Apple service (15:09). We also wind down the season six two-part premiere of Community entitled "Ladders" and "Lawnmower Maintenance & Postnatal Care" (24:12). Finally, we review season one of Netflix's Unbreakable Kimmy Schmidt (spoiler free) (39:15) and the two-part finale of Empire season one entitled "Die But Once" and "Who I Am" (49:18).

You can also listen to past episodes of the podcast on iTunes or on our YouTube channel.
Posted by Dual Redundancy at 6:31 AM