Podcast Episode 92: The Premieres of House of Cards, The Last Man on Earth & Survivor: Worlds Apart and the How To Get Away with Murder Finale 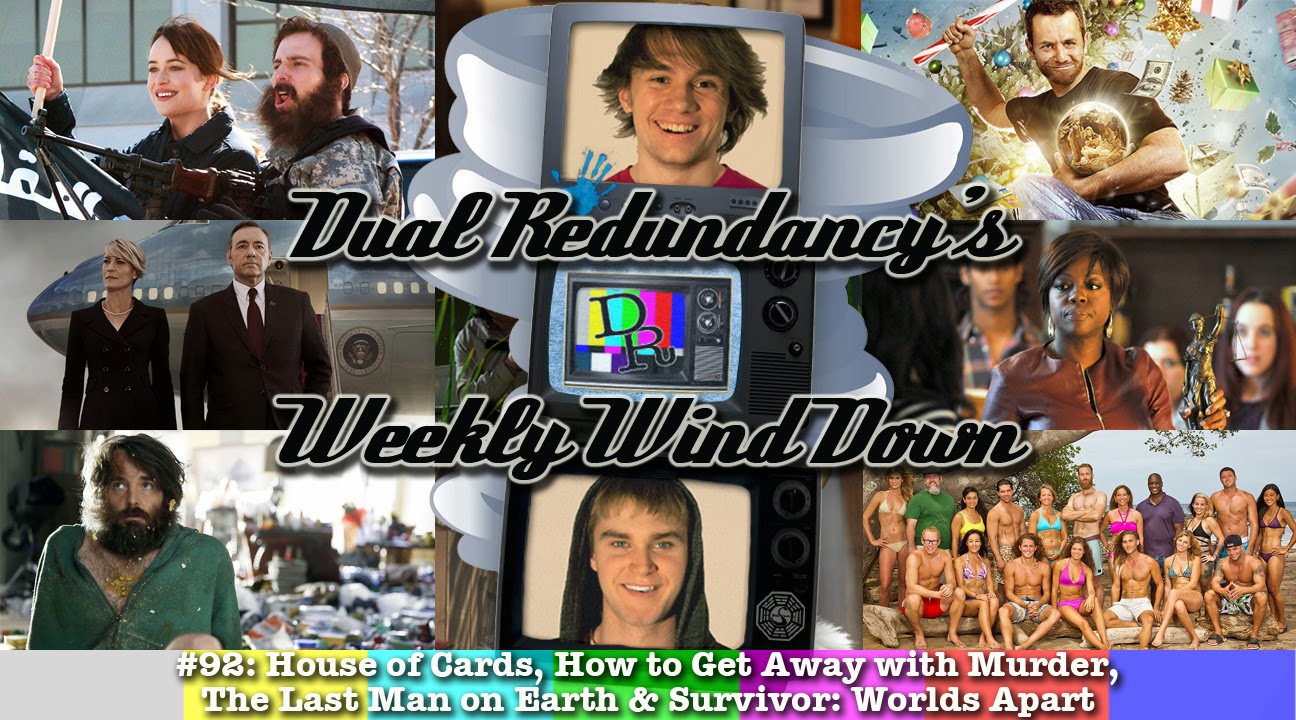 In this week's episode we react to the controversial Saturday Night Live ISIS skit (3:10), the "winners" of the 35th annual Razzies (8:59) and what's coming up with Netflix's original programming including the Pee-wee Herman film (12:31). We also wind down the season three premiere of House of Cards entitled "Chapter 27" (17:05), the two-part finale of How To Get Away with Murder season one (31:12) and the two-part premiere of The Last Man on Earth entitled "Alive in Tucson" and "The Elephant in the Room" (41:30). Finally, we look at reality television by reviewing the Survivor: Worlds Apart (season 30) premiere (50:33).

You can also listen to past episodes of the podcast on iTunes or on our YouTube channel.
Posted by Dual Redundancy at 3:34 PM