It is March and that only means one thing: March Madness! Even though we do not discuss sports we still wanted to join the bracket fun and make one for ourselves. This year Dual Redundancy wants to know who is the top artist or group on the pop charts?

After four rounds we have our final four! Some big names like Beyoncé, Britney Spears, Bruno Mars, Jay-Z, Kanye West and Katy Perry failed to make the cut. Make sure you vote in round five so your pick does not get left behind!

Click here to vote in round five! Only one vote per person. 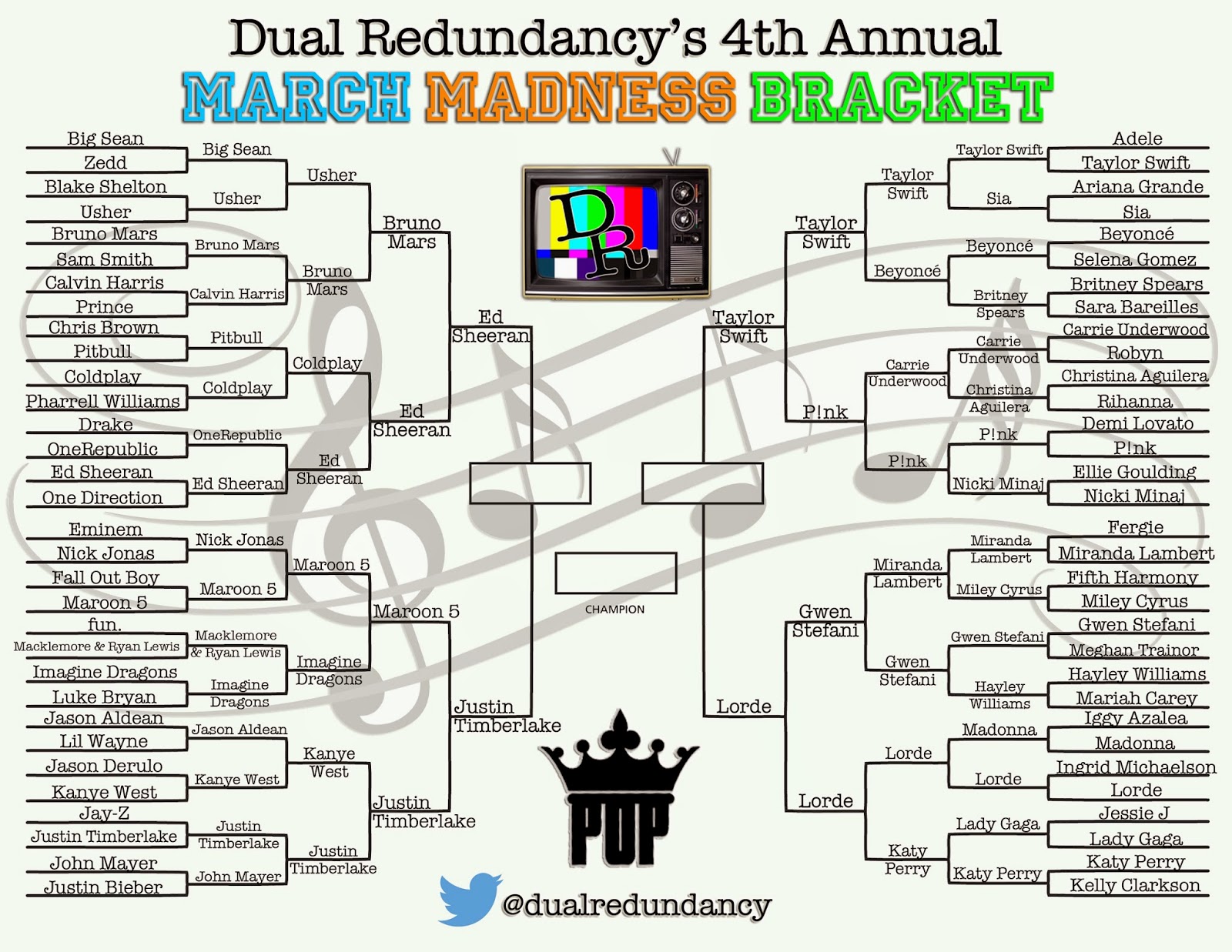 Posted by Dual Redundancy at 9:17 AM