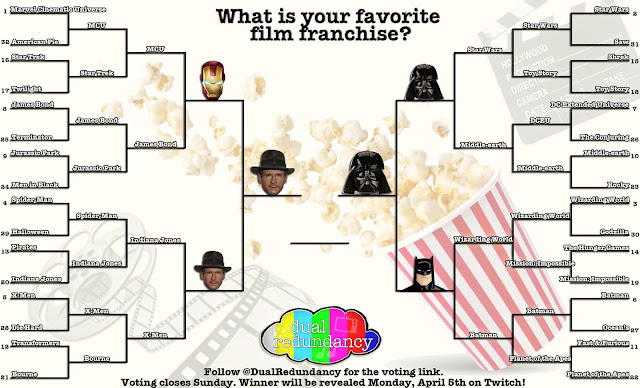 Voting will close on Sunday and the winner will be revealed during our live Twitch show on Monday, April 5th at 9 PM ET!

Speaking of voting the FINAL ROUND has begun! Please only one vote per person.