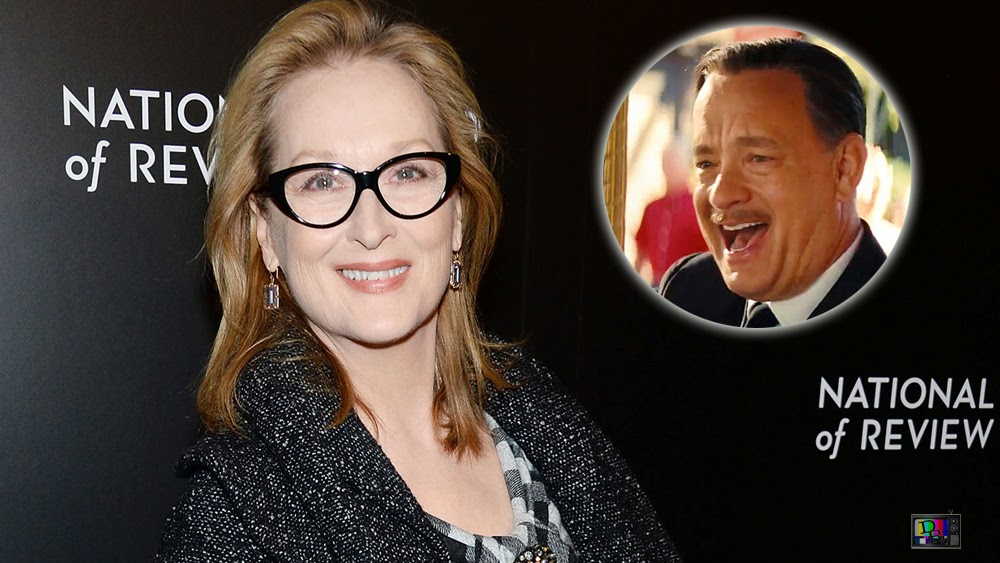 While most eyes and ears were on the winners last night at the National Board of Review dinner, many will remember the taste Meryl Streep’s speech left in their mouths regarding Walt Disney and Saving Mr. Banks.

Streep was not a winner last night but her speech honoring Emma Thompson who plays author P.L. Travers in Disney’s Saving Mr. Banks is certainly the talk of last night’s ceremony. Rumored to be in the running herself to play Travers, the creator of Mary Poppins, Streep had some remarks about Walt Disney and the sugarcoated version of him Tom Hanks plays that makes it clear why she might not have signed on to the film.

After praising the “beautiful artist” Thompson is and how she is “practically a saint”, Streep remarked how it was reported Walt Disney “didn’t really like women” or trust them. She also went on to say how Disney was a “gender bigot” and “supported an anti-Semitic industry lobbying group.” Hanks, who plays Disney in the film, has said that Saving Mr. Banks is more about Travers (which may be why the film does not focus on his past problems and background).

Besides from Streep’s memorable speech, there were awards presented last night. Her won top honors by winning best picture and best director for Spike Jonze. Besides from Thompson winning best actress, Bruce Dern and Will Forte won best actor and best supporting actor, respectively, for Nebraska. The other big winner was Fruitvale Station where three main awards were handed out. These include best supporting actress for Octavia Spencer, best directorial debut for Ryan Coogler, and best breakthrough performance for Michael B. Jordan.
Posted by Dual Redundancy at 3:32 PM