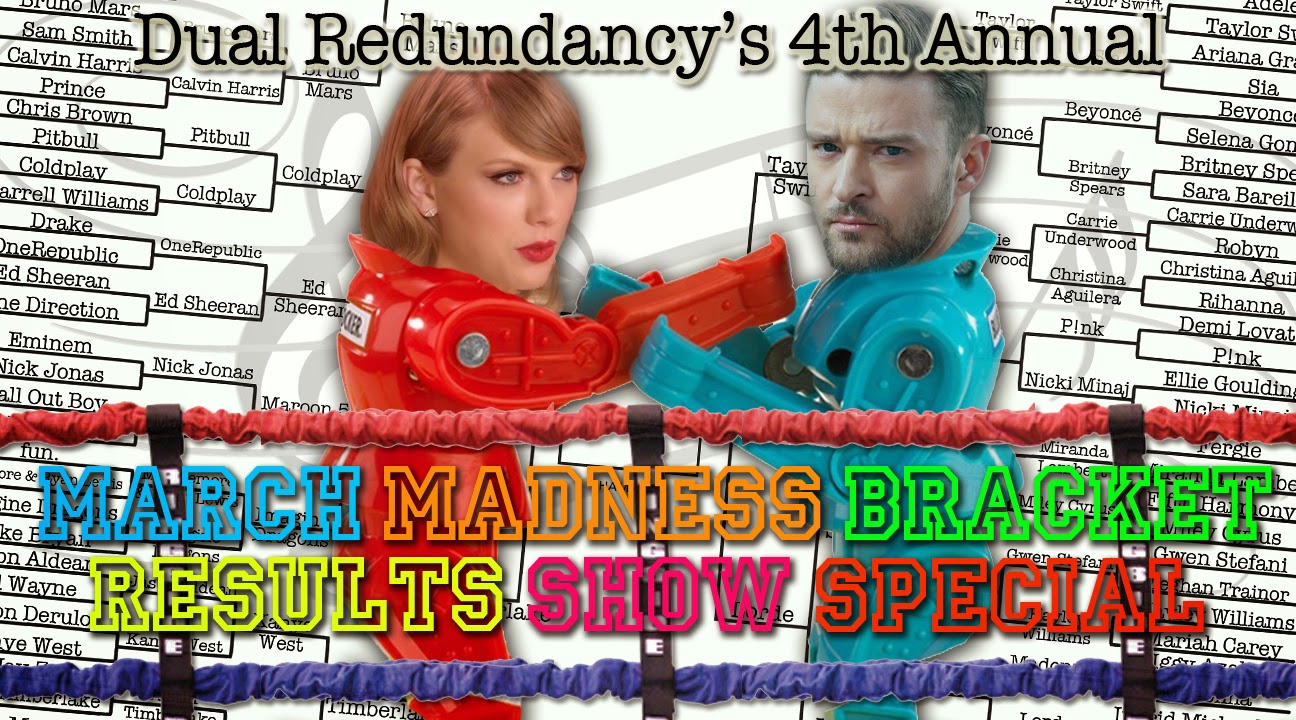 It was March and that only means one thing: March Madness! Even though we do not discuss sports we still wanted to join the bracket fun and make one for ourselves. So far we have learned that Arrested Development, The Shawshank Redemption and Meryl Streep are, respectively, the best television show, best movie and best living actor/actress. This year Dual Redundancy wants to know who is the top of pop?

In this week's special episode we reveal who the listeners picked for their favorite artist in pop music (17:41). In our fourth annual March Madness bracket the final four were Ed Sheeran, Justin Timberlake, Lorde and Taylor Swift. But in the end, who took home the title?

Before that we also discuss the appointment of Trevor Noah as the new Daily Show host and all the controversy surrounding it (2:54), NBC's upcoming live performance of The Wiz (8:32) and Jay-Z's new music streaming service called Tidal (12:42).

You can also listen to past episodes of the podcast on iTunes or on our YouTube channel.
Posted by Dual Redundancy at 6:45 AM