Podcast Episode 97: The Premieres of The Comedians, Louie, Silicon Valley, Veep & Game of Thrones and the Justified Series Finale 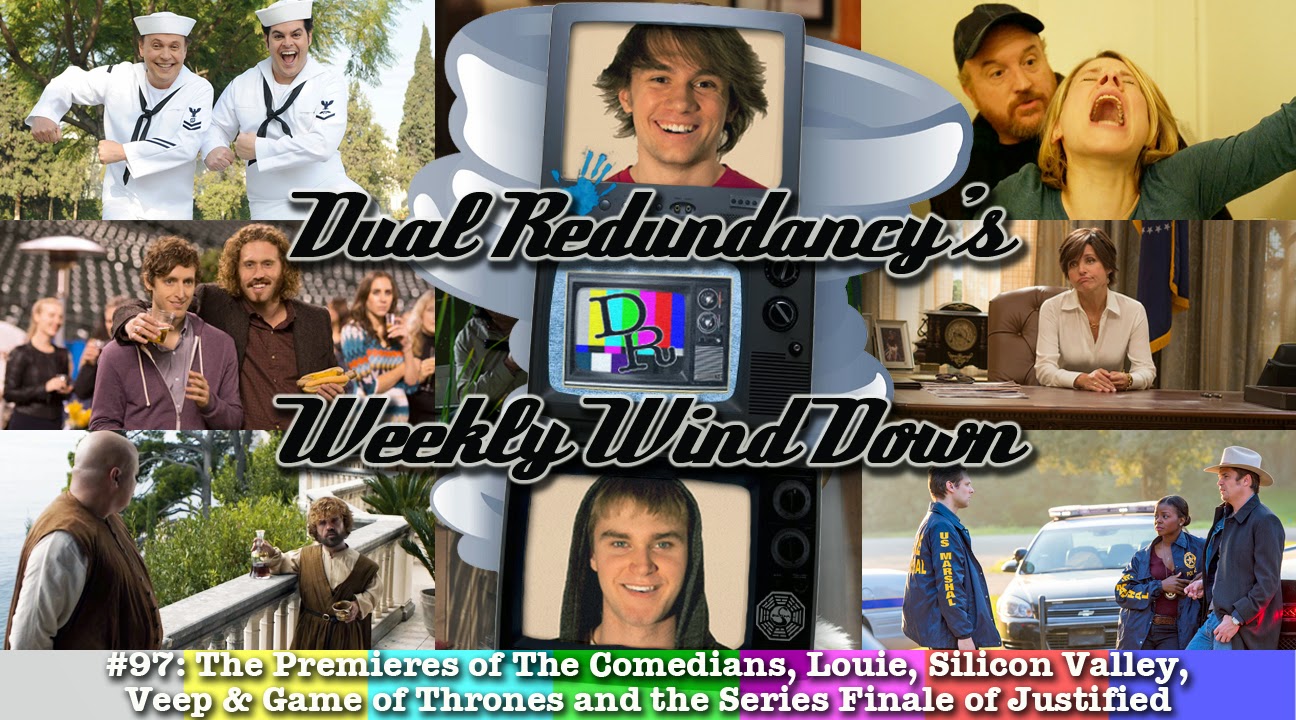 You can also listen to past episodes of the podcast on iTunes or on our YouTube channel.
Posted by Dual Redundancy at 8:56 PM