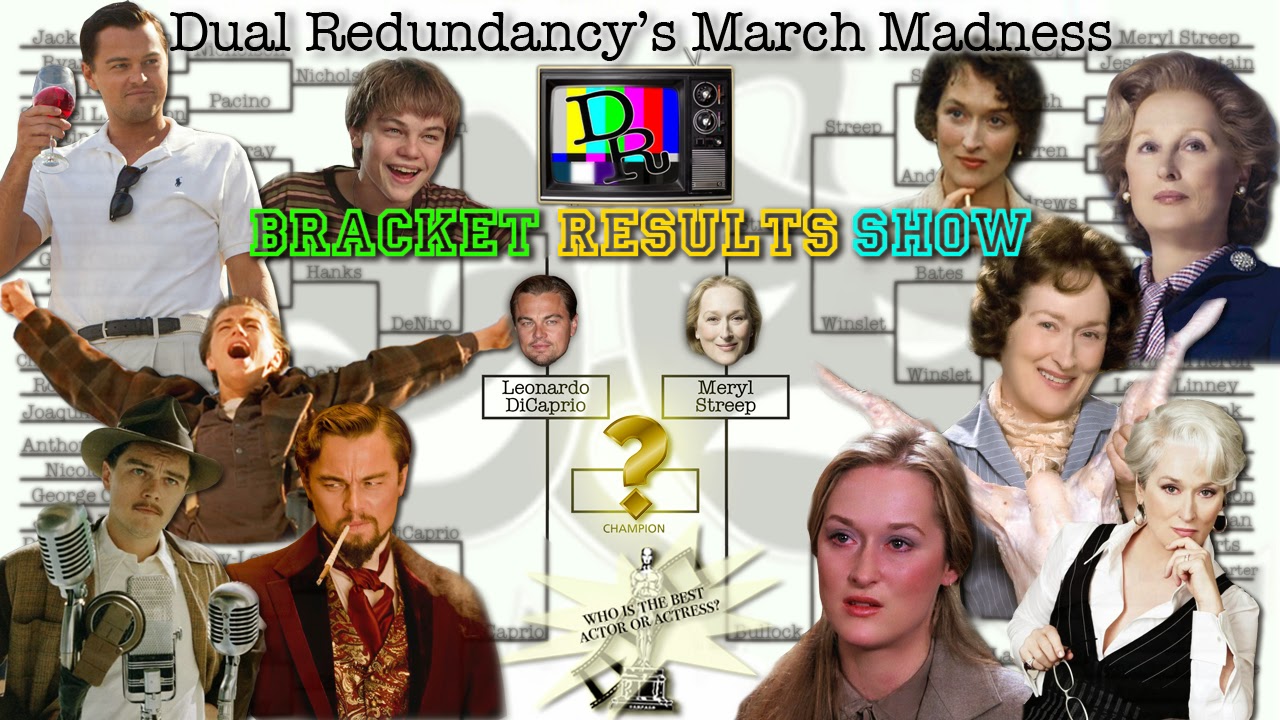 So far we have learned that Arrested Development was the best television show and that The Shawshank Redemption is the best movie. This year Dual Redundancy wants to know who is the best actor/actress? We have chosen 32 actors and 32 actresses and have them competing head to head against each other. After we have a winner in both categories we will have them go head to head in a final round to determine the best living actor or actress!

In this special episode we reveal who the listeners picked for the best living actor or actress. In our third annual March Madness bracket the final four were Sandra Bullock, Robert DeNiro, Leonardo DiCaprio and Meryl Streep. But in the end, who took home the title?

You can also listen to past episodes of the podcast on iTunes or on our YouTube channel.
Posted by Dual Redundancy at 3:50 PM