This year Dual Redundancy wants to know who is the best actor/actress? After round three some big names are gone including Tom Hanks, Christian Bale, and Kevin Spacey on the male side and Julia Roberts, Kathy Bates, and Julie Andrews on the female side. Make sure you vote in round four so your pick does not get left behind!

To vote in round four click here. Only one vote per device. 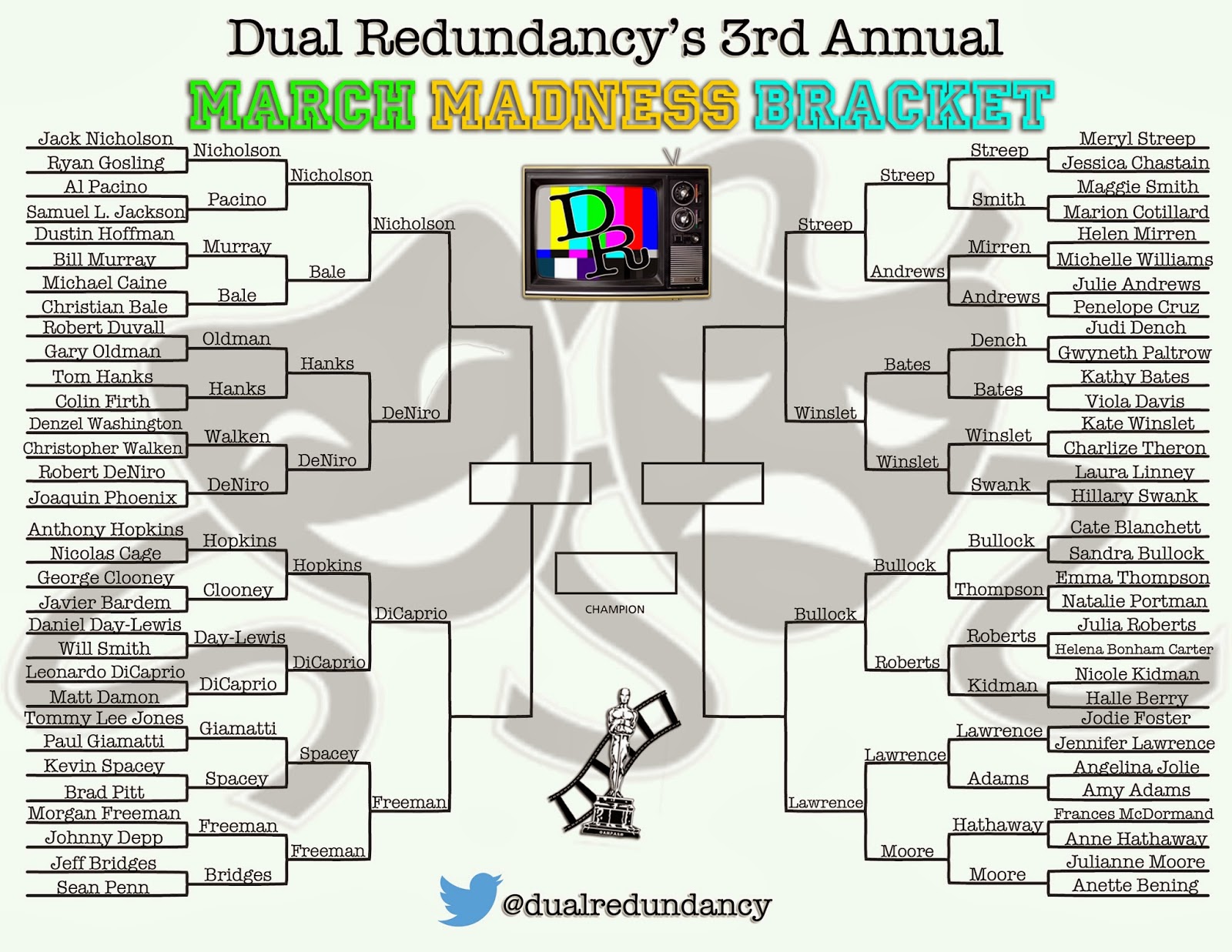 Posted by Dual Redundancy at 10:16 PM