This year Dual Redundancy wants to know who is the best actor/actress? After four grueling rounds we have a final four! Will Robert DeNiro or Leonardo DiCaprio win best actor? Will Meryl Streep or Sandra Bullock win best actress? Vote to decide both of these and which two will face off in the final round!

To vote in round five click here. Only one vote per device. 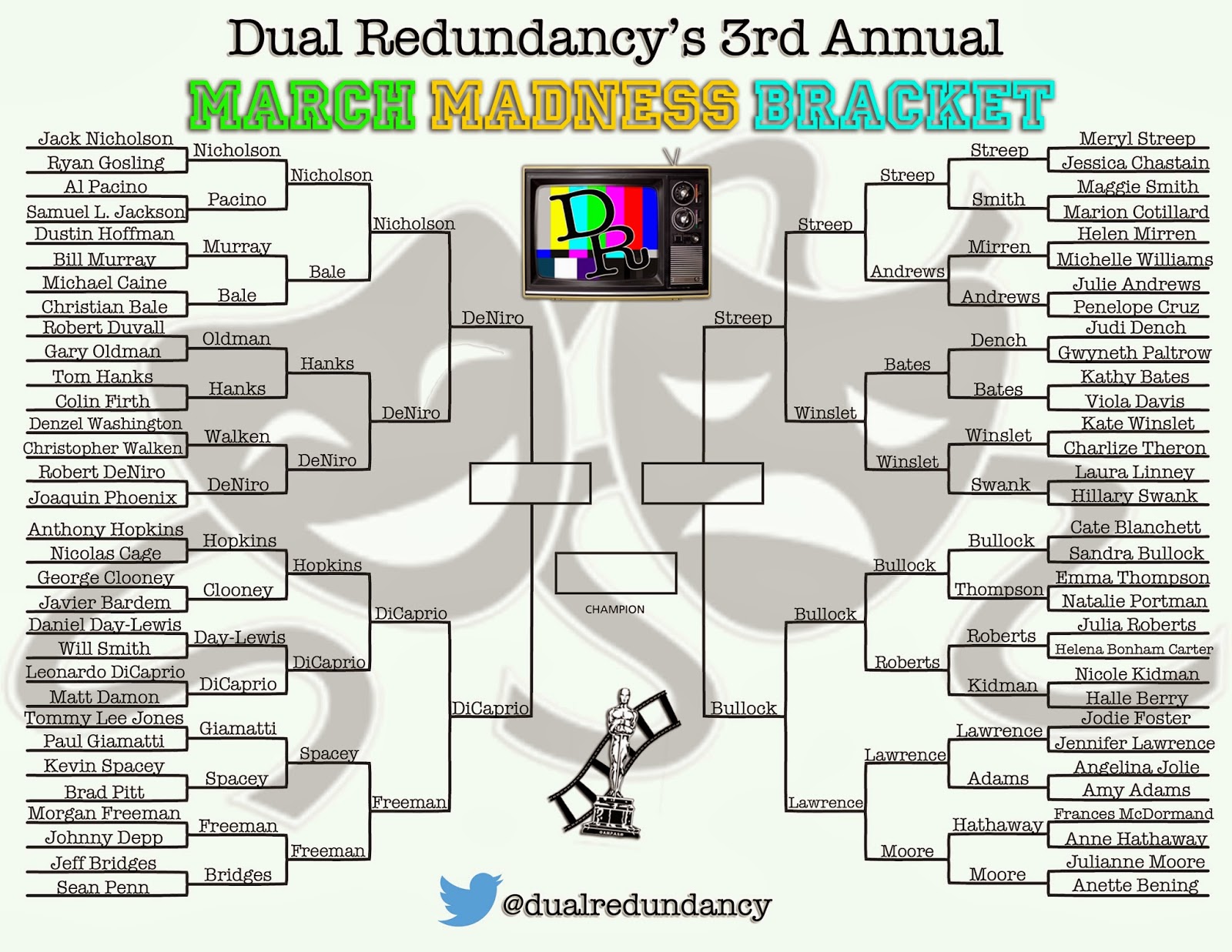 Posted by Dual Redundancy at 8:51 AM