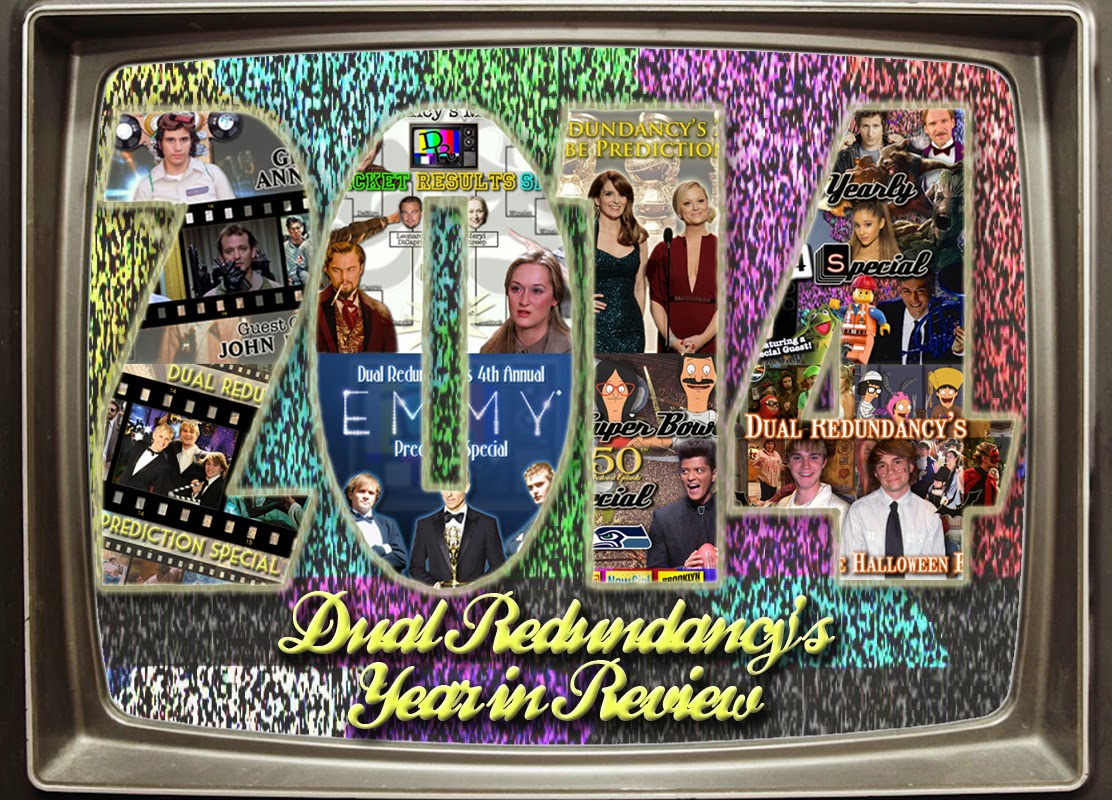 This year we did 40 podcasts, which, to put things in perspective, is nearly the same amount we have done in the first two and a half years! Topics ranged from our annual Emmy predictions to that guy from Even Stevens putting a paper bag over his head as he walked the red carpet.

In March we had our third annual March Madness bracket. After naming Arrested Development and The Shawshank Redemption the best TV show and movie respectively, we tried naming the best film actor or actress. In the final match, Leonardo DiCaprio was snubbed once again and it was awards show favorite Meryl Streep who took the crown.

Last year we introduced the weekly wind down podcast and while we only covered 26 shows in 2013, this year we hit 57 different shows, numerous movies and one very addictive podcast. These shows included fall pilots of A to Z, Selfie, Mulaney, and Gracepoint (all of which will not see a second season). Other cancelled shows include Enlisted, Trophy Wife and Community- until Community was revived for Yahoo. We even did a first ever clip show for Orange is the New Black's second season, where we discussed every episode in one very colorful podcast.

Besides the weekly wind downs and prediction specials, we also had a variety of notable episodes including a Super Bowl recap show, a top 10 Halloween TV episode countdown, and a 30th Anniversary Ghostbusters podcast. The latter of which was the longest podcast we have ever recorded. With a runtime of nearly two hours we eclipsed the length of the very movie we were discussing!

The blog was also very busy too. Not only was this the spot to find out about new podcasts but DR related news (like now being available on Stitcher) also dropped here. Mike even recapped every episode of a great Survivor season last spring while David named his ten biggest Emmy snubs.

From all of us here at Dual Redundancy thank you so much for making 2014 so great. We can't wait to see what 2015 has in store especially when he finally hit episode 100!
Posted by Dual Redundancy at 5:58 PM