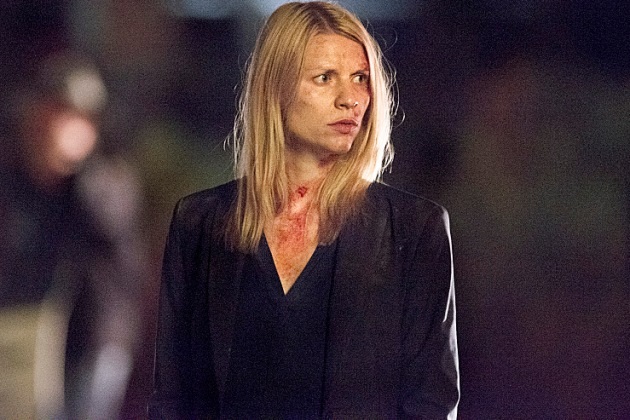 ML- To preface, many apologies for the overall lack of effort on my part in staying up-to-date with reviews. Just returned home from a whirlwind semester in Los Angeles and had barely had time to watch all my TV, let alone organize my thoughts.

A lot has happened since I last blogged about the show. Six episodes, to be exact, have aired, and over the course of that time I've noticed the critical response to the show pull a near-180. A major complaint has been that the manic pacing and plot twists galore have worsened the show, rendering it more familiar to Howard Gordon/Alex Gansa's last hit, 24. From what I've heard 24 is a good show, but not the example of high art the Homeland proved it could be with tight, concise storytelling and well-developed characters last season. Instead, 24 took more liberties with believability and danced with absurdity too often, until it became Kiefer Sutherland running around shooting people and yelling "dammit!"

Right now, I'm afraid Homeland could become Claire Danes running back into places she absolutely should not run into and yelling "fuck!", because this is pay cable, after all. When she went back for the bag containing Brody's confession video in Lebanon, I complained that it stretched my suspension of disbelief. It turns out, that was to set a precedent of Carrie going back when everything otherwise says bail, as she did with Nazir in the mill. I'm frustrated that both times ended up paying off for her, as there was no sense of real accomplishment when she succeeded this time.

I guess that's not true and I can't go that far. Carrie got Nazir, her white whale. I'm disappointed the extent of their scenes together was limited to her emotional torture last week and a poorly-lit battle before his death. Carrie was obsessed with this man -- like enough to construct color-coded timelines and travel the globe hunting for clues to his whereabouts. Seeing her over his dead body didn't feel like a victory because in many ways, to Carrie, it wasn't. What happens to you when you're stripped of the thing you care most passionately about? You have to move on and fill that void with something new.

Which brings us to Brody. Brody loved Nazir like a father, we can assume, and Damian Lewis did a great job of glazing himself over in the subsequent scenes. I loved his mini-breakdown once he found out about Nazir's death. I also loved his near-confession to Jess in the car, and I loved how she stopped him from saying it, because she already knew. I'm worried what implications this has for Jess and the Brody family in the future -- but I'll get to predictions later.

Saul had a great episode too, sticking it to the man by giving the most entertaining polygraph outside of daytime TV. "Do people call you The Bear?" "I sure fucking hope not." Estes realized Saul knows too much and is canning him, but hopefully Saul is about to get all grizzly on some bitches to stay around. I'm glad the writers found a way to include him more in the action this season by adding him to the Quinn story, and Patinkin always nails what he's given.

Speaking of Peter Quinn (not his real name, as we've learned), I like him. I think we're supposed to like him. Sure, he's been plotting to kill off everyone's favorite anti-hero (or is it protaga-villain?) but he's made an impact in only a handful of episodes, a real unpredictable jolt to the storytelling. When he nearly shot Brody in the limo I finally grasped what a badass dude he is.

What is Estes' main goal using Quinn to off Brody? Can't merely be in the name of national security, as Estes has been shown as much more selfish than that. With Walden now dead (in a questionable scene that actually featured the line "I'm killing you!") Estes is going to be trying to find a way to profit off of the late veep's misfortune. Try to parlay this conquest into political credit? Makes the most sense, but there could be something deeper.

Oh, right, Dana. Ugh at the entire hit-and-run story that has taken things NOWHERE, considering Walden is now dead so boyfriend will probably be out of the picture. It was just killing time, wasn't it? I would have rather watched Chris and Brody play Hearts. At least that would have given him something to do! 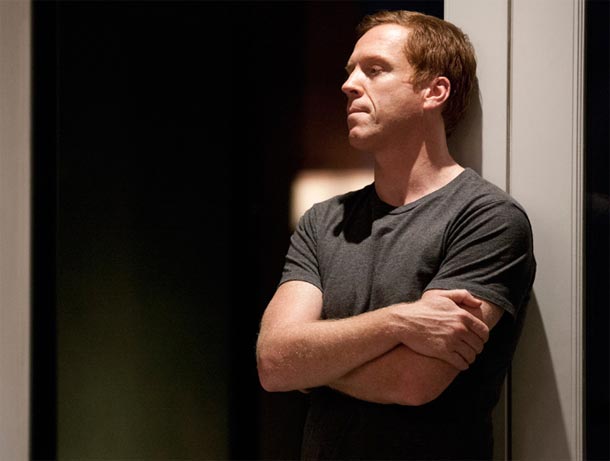 So, how does this clusterfuck of a season end? I've got some predictions, formulated by myself and my similarly Homeland-obsessed mother who has a knack for predicting season finales. To me, what we came up with makes perfect sense. Is that what the writers are going for? Sense? Or shock? We'll see:

When Quinn looked in on Carrie and Brody he didn't have the face of a heartless killer. He was torn, finally giving a damn about his cohort and her emotional struggles with a "terrorist". He knows that if he kills Brody, he's killing Carrie, too. Does he really want to ruin her life? No, he doesn't. He won't end up going through with the kill. And maybe, he'll report to a higher-up that Estes ordered a hit on a congressman, ruining his career or at least forcing him to step down. Best man to take Estes' place? The Bear himself!

We'll get a flashback to Brody's mysterious 12 hours with Abu Nazir and discover a shocking revelation: everything is going to plan. Brody knew Carrie would be kidnapped, and he would only kill Walden under the circumstance she knew his alibi. That way, she can attest he did it for her. Nazir himself knew he'd be killed, and sacrificed himself so that everyone's guard would be lowered. Carrie said it herself -- Nazir doesn't care about people dying along the way. The greatest trick Nazir will ever pull is convincing the world he's gone, when really, his disciple is all the more hell-bent on terrorism.

Brody's conflict last season, the reason why he didn't set off the bomb, was his love for Issa conflicting with his love for Dana, Chris and Jess. Now, he doesn't have to worry about them. They're better off without him. He let them go, and now there's nothing holding him back from getting revenge.

But what is his revenge act? This, I don't know. Walden is dead. The only other person we know who collaborated with Walden is Estes. Is he in Brody's crosshairs? Or could it be Carrie? I highly doubt he actually loves her like he claims he does. The man who destroyed his one love, Issa, is gone; is he going after the woman who destroyed his family? So many questions.

The last question: Will Brody die? I think he will. The Brody story has run its course. Everyone and their mother knows what he was planning to do. His political career is dead, as is his mentor. And how many times can he and Carrie break up/get back together before this becomes one of the bad relationships on Glee?

So Brody dies. Jess, Dana and Chris will get a final scene with Mike comforting them, establishing his role as rightful caretaker. Carrie is traumatized, only giving her more verve to hunt down these terrorists. The only downside to Brody's death would be the loss of Damian Lewis from the show (and, I suppose, Morena Baccarin).

Once he dies, the show is free to pick up on a new tangent. Start over, basically, with a new big bad in a new location and return to the pacing of season 1. Maybe establish a pattern, as if every 2 seasons a major story is dealt with and completed? If The Killing had said upfront Rosie's murder would be solved by the end of season 2, I might have stuck around.

Whether he lives or dies, this season of Homeland, for me, will be remembered fondly for the risks the show took. Did it get outlandish, unbelievable and sometimes stupid? Yes, but it was fun, and the acting was amazing, and there were moments of brilliance sprinkled within every episode. I think The Walking Dead is doing almost the same thing this season, except with worse acting and less fun and brilliance but also zombies. As long as the Homeland writers don't turn into zombies and start churning out crap for the sake of cheap thrills and water-cooler WTFs, I'd say the show will continue to find success.

Share your predictions below so you can rub it in my face when you're right and I'm wrong!

Posted by Dual Redundancy at 4:35 PM