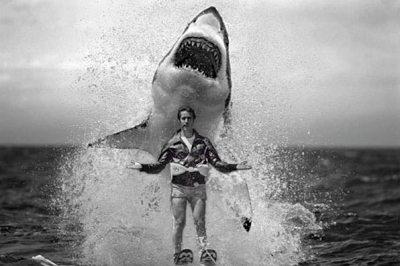 DA- A wise man once said “I'm afraid I prematurely shot my wad on what was supposed to be a dry run if you will, so I'm afraid I have something of a mess on my hands.” If you are not a fan of Arrested Development or the world renowned “analrapist” Tobias Fünke, you may not understand the genius of what he was trying to say. Sometimes people just get too excited and rush into something they are not completely ready for. If only shows like Dexter and Homeland took this into consideration when creating their seasons.

Now before I dive into this, I just want to say Dexter and Homeland are amazing shows and I am really just nitpicking as someone who really loves television. These shows among many others did not necessarily “jump the shark.” They may have just taken a hop into a direction they should have waited a few seasons for. 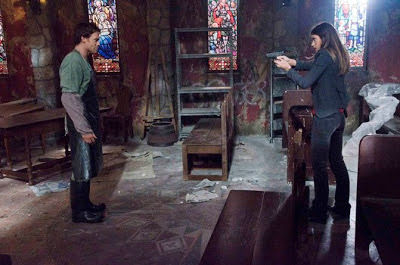 First up is Dexter. Now our favorite serial killer just wrapped up his seventh season with an arc that had Deb contemplating how to babysit her serial killer brother that she also has a crush on. This season started off well (especially after a lackluster fifth season and a terrible sixth season). However once they got rid of this season’s bad guy Isaak Sirko in episode nine, they gave us a terrible placeholder villain. This guy who lasted an episode or two was an arsonist who as a kid liked to start fires and became an adult who…also likes to start fires. Then we had Quinn dating a stripper who just leaves and dumps him anyways and Batista retiring from a “great” career to open a terrible restaurant.

However the best part of the season involved the least liked character of the series on the heels of Dexter’s dark secret. There were so many flashbacks to season two, which many consider a high point for the series that involved Miami Metro investigating Dexter’s own crimes. Now after a solid first season it seemed like a crazy jump for season two to already find Dexter in hot waters but after this season premiered in 2007, these may be the only hot waters Dexter will ever face. Now every episode once Dexter makes any mistake he can easily get himself out of it. He does not need to worry anymore about murdering a suspect in a busy airport or even tranquilizing the guy that murdered his mother in a sunny park THE SAME DAY HE WAS SUSPECTED TO BE THE BAY HARBOR BUTCHER! 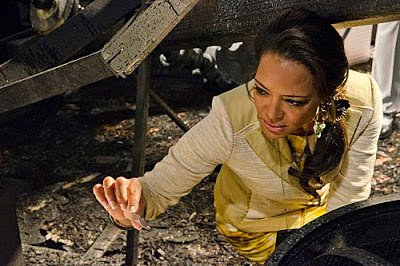 When James Doakes was framed in season two to be the Bay Harbor Butcher, Miami Metro knew it was some law-enforcement member that was doing these vigilante killings. However now when any evidence may even remotely point to Dexter it is just brushed off as crazy talk. One of my biggest complaints was the blood slide that LaGuerta found at the church in the season seven premiere. This blood slide with Travis Marshall’s blood on it was found years after the Bay Harbor Butcher’s killings. These blood slides was a trait of the killer and was a detail that was never released outside of Miami Metro, thus it is impossible for any copycats outside of Miami Metro. In other words, there is a chance that the BHB is still out there. Sure it is not necessarily Dexter but this means the BHB may not be Doakes. Even though this slide sparked LaGuerta’s doubts, when Matthews finds other possible evidence that the BHB is not Dexter this detail is never brought up again. Is this just a detail the writers decided to gloss over once they realized they had no idea what to do with it?

In the end it does not matter because ever since Dexter explored his own crimes back in season two we will probably never have the blame back on Dexter until the last episode of the series which may be many, many years ahead of us (thanks to last Sunday’s ratings). It is almost like not being able to find out who the mother is on How I Met Your Mother except here we know exactly who Dexter is and we are dying for someone at Miami Metro to open their eyes and realize who he is too. 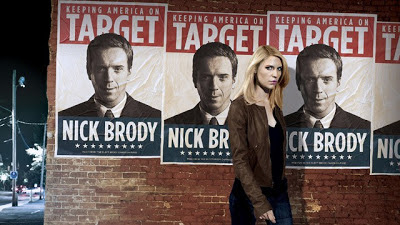 Immediately following Dexter on Sunday night is Homeland. Now before I dissect this brilliant show I do like how they ended season two. However there were many points this season that I was worried they make have took many leaps in what the audience can believe. Season one was a solid season that climaxed with “Marine One” saying once and for all what side Brody was on. As season two started I loved the first few episodes where Saul and later David Estes figured out that Carrie was not so crazy with her beliefs about Brody. Don’t get me wrong she is still crazy but as Saul said in the season two finale she is the “smartest and the dumbest person” we all know.

However once Carrie breaks her undercover work and they apprehend Brody at the end of “New Car Smell” it was as though somebody took the car from the writers, pressed hard on the gas, turned up Neon Trees’ Everybody Talks, and did not look back to see the people they may hit along the way. Instead of letting the audience stalk Brody for awhile and wonder what side he is on now, the show tried to give us surprises every episode. These include almost killing a U.S. Congressman and possible Vice Presidential candidate in the back of a limo or how the Vice President’s pacemaker can easily be accessed by a serial number which can be found just by sneaking around the VP’s house. (There is not one camera or microphone anywhere in that house?) 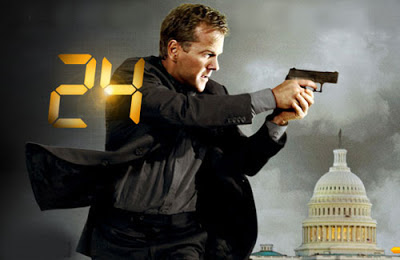 While I was still excited to tune in every week it reminded me a lot of the show 24 which actually had Homeland’s creators’ Howard Gordon and Alex Gansa on staff. Now this is not necessarily a bad comparison. I enjoyed the first few seasons of 24 myself and how crazy it was to find a mole inside an intelligence organization (even if it did feel like there was a mole every season). But The A.V. Club's Todd VanDerWerff said it best in his Homeland "Broken Hearts" review. By saying Homeland is acting like 24, people are “not bashing 24, which was a good show, but [it was] a very different kind of show.” Different is right. For me to believe there was a POW that was turned against his country did not take much disbelief for me for a television show, but after the events mid way this season I had to suspend my disbelief even more than I should for this "realistic" universe Gordon and Gansa created.

Though it created interesting television what worries me is it becoming 24, a show that had to rely on crazy tricks and reveals when it got into later seasons. Did we have to cover so much ground in season two that the only thing that seemed possible for the show was for it to “clean house” and kill Brody so they can start working on other terrorist plots? No. We had the time to kill (just ask Dexter) but it is clear sometimes we can just get too excited and rush through storylines like we have barrels full of them (Glee season one I am looking at you next!) Let’s just hope that these next few seasons of Dexter and Homeland (hopefully just one more for the former) don’t leave too much of a mess on any of the show runners or writers' hands. If not, they may just be mumbling how “they blue themselves” too early.

Do you agree/disagree? Leave your thoughts below in the comments or send me a tweet @eastwoodmcfly.
Posted by Dual Redundancy at 6:57 PM