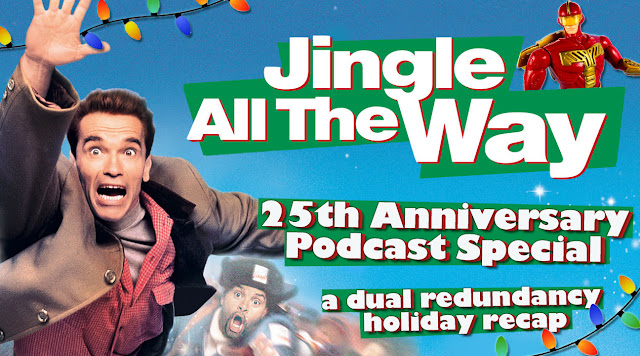 In this week's special episode David, John and Kyle discuss and break down the 1996 holiday film Jingle All the Way in celebration of the film's 25th anniversary.

We break down the film scene by scene, discuss our favorite moments and discuss some behind the scene facts. Directed by Brian Levant the film was released November 22nd 1996 by 20th Century Fox and stars Arnold Schwarzenegger, Sinbad and Phil Hartman.

Want more Dual Redundancy? Be sure to subscribe to the podcast wherever you get your podcasts! Plus check out this playlist of all of our movie breakdowns!
Posted by Dual Redundancy at 12:00 AM