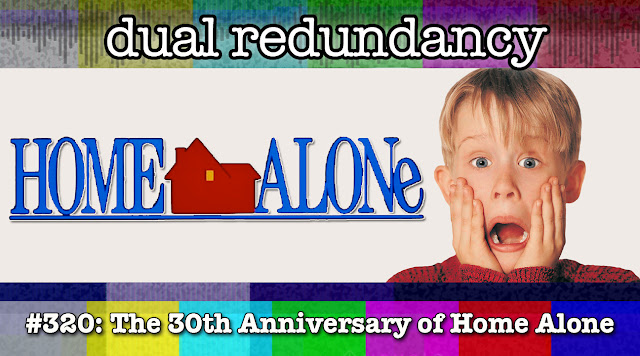 In this week's special episode David, John and Kyle discuss and break down the 1990 Christmas family comedy film Home Alone in celebration of the film's 30th anniversary.

We break down the film scene by scene and finally decide who was tortured by Kevin more: Marv or Harry. We also discuss some behind the scene facts and wild conspiracy theories fans have made since the film premiered. Directed by Chris Columbus, Home Alone was released November 16th 1990 by 20th Century Fox and stars Macaulay Culkin, Joe Pesci, Daniel Stern, John Heard and Catherine O'Hara.

You can also listen to past episodes of the podcast (including all of our previous movie podcast specials) on iTunes or on our YouTube channel. Also be sure to subscribe to our Twitch channel!
Posted by Dual Redundancy at 2:00 AM