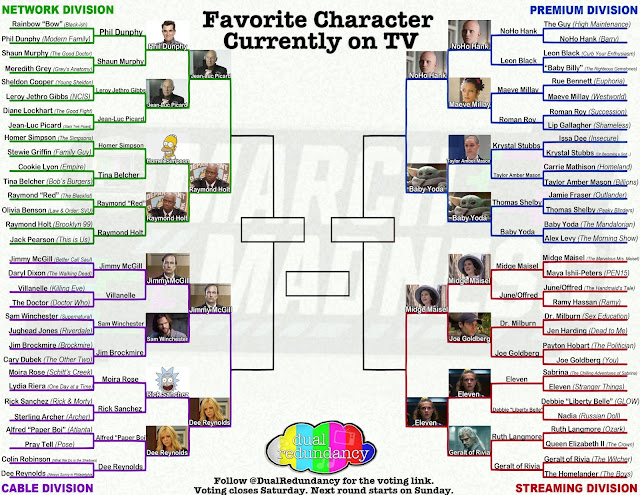 Voting for this round will close on Saturday and the next round of match-ups will begin on Sunday. Keep an eye on the blog, our Twitter feed and each episode’s show notes for the voting link!

Speaking of voting ROUND FOUR HAS BEGUN! Please only one vote per person. If you are unfamiliar with both characters in one matchup you can skip that matchup if you choose.
Posted by Dual Redundancy at 12:00 AM