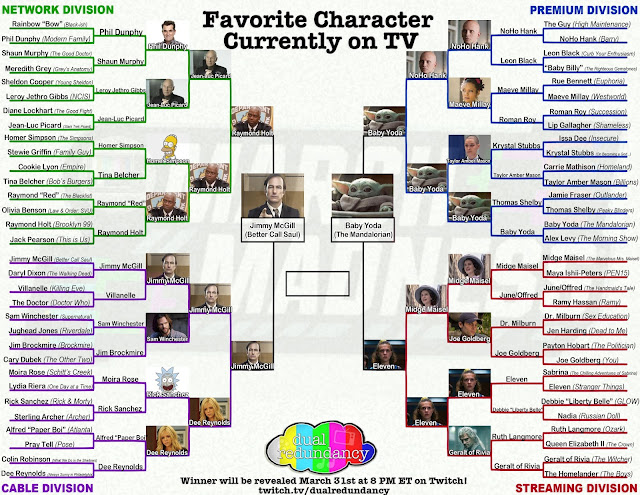 Voting for this final round will close on Tuesday morning and the result will be revealed LIVE Tuesday night during our Twitch recording. Join us at 8 PM ET to find out the winner!

Speaking of voting THE FINAL ROUND HAS BEGUN! Please only one vote per person.
Posted by Dual Redundancy at 9:00 PM