This semester your hosts and bloggers David and Mike are producing a short film called Rom-Com Tom.

As we have posted before Rom-Com Tom is a romantic comedy about romantic comedies. In it, the lead character Tom is convinced he's living in a romantic comedy, or "Rom-Com." When it starts looking like he won't end up with his dream girl, he takes the script into his own hands, playing off the conventions of the genre to manipulate his way into bed. It's a movie for movie lovers, combing aspects of romance, thriller and even horror to hilarious results.

We are in the final weeks of editing before our big May premiere but we still need your help! We have nine days left in our funding goal and we could really use your help to cover the cost of props, costumes, food, distribution, and everything in between! 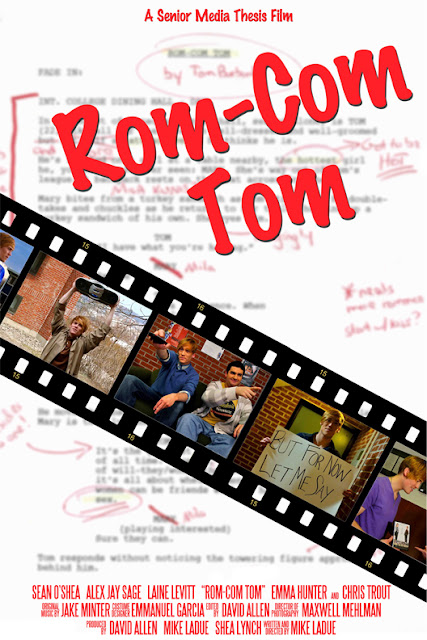 Posted by Dual Redundancy at 8:07 AM