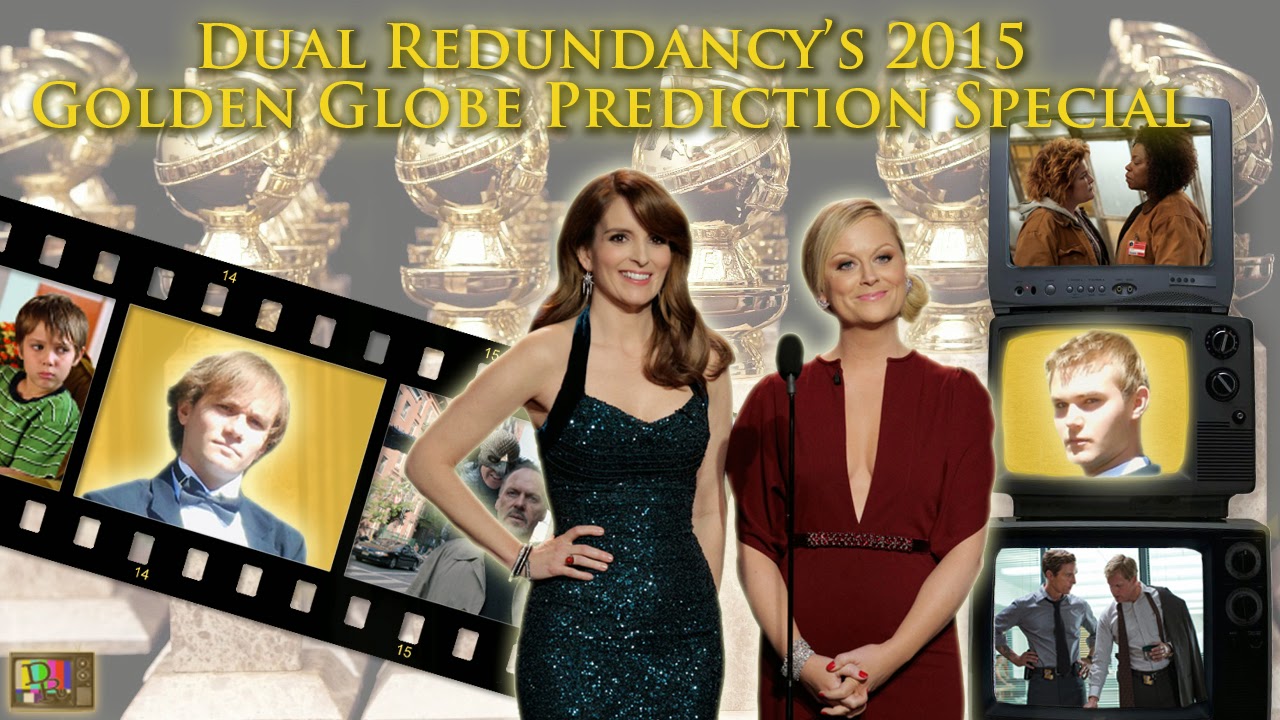 Every year David and Mike try to predict the very unpredictable Golden Globe Awards in a very special episode of Dual Redundancy. This year they try and forecast who will take home the globe in all the major television (4:02) and film categories (37:47) for the 72nd Golden Globes.

The 2015 Golden Globe Awards are on Sunday, January 11th on NBC and will be hosted by Tina Fey and Amy Poehler.

You can also listen to past episodes of the podcast on iTunes or on our YouTube channel.
Posted by Dual Redundancy at 9:17 PM