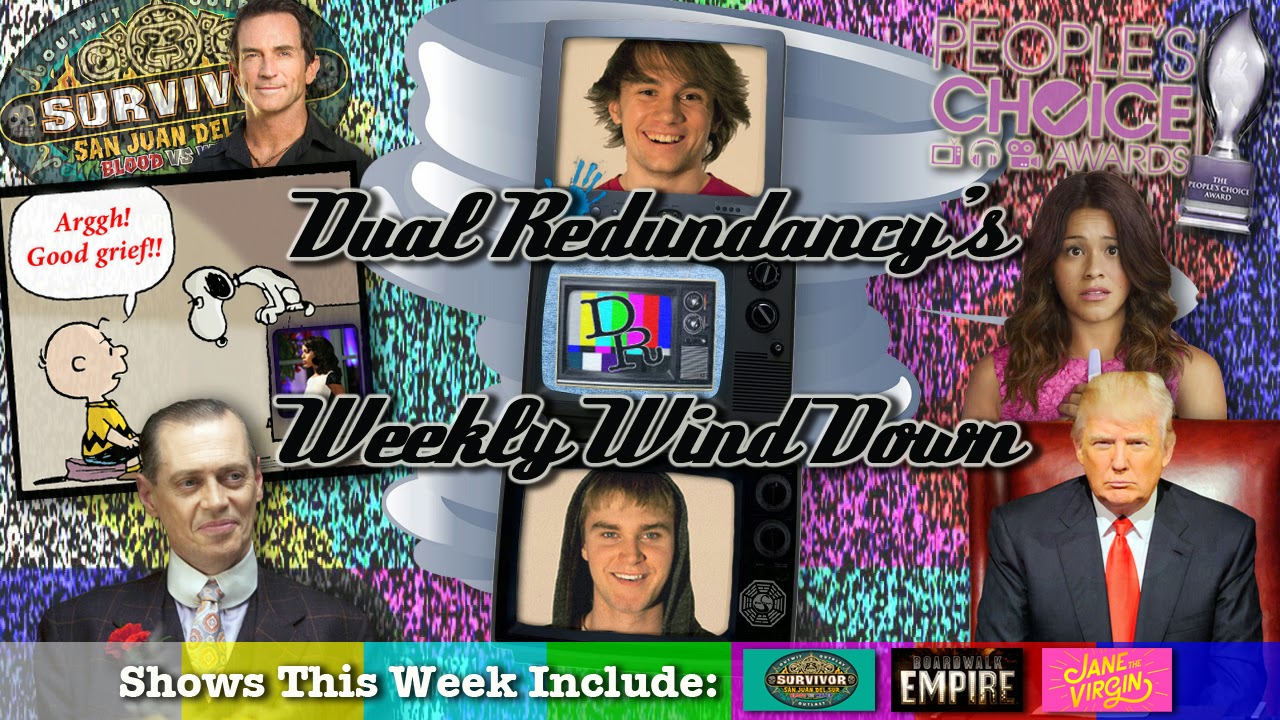 In this week's episode we discuss the Charlie Brown and Scandal Halloween controversy (1:35), the nominations for the 41st People's Choice Awards (6:13) and the new contestants on Celebrity Apprentice season 7 (16:34). We also wind down the merge episode of Survivor: San Juan del Sur - Blood vs Water entitled "Million Dollar Decision" (21:36). Finally, we look at the series finale of Boardwalk Empire "Eldorado" (37:19) and the first four episodes of Jane the Virgin (46:13).

You can also listen to past episodes of the podcast on iTunes or on our YouTube channel.
Posted by Dual Redundancy at 4:51 PM