Podcast Episode 383: Under the Banner of Heaven and Shining Girls Series Premieres 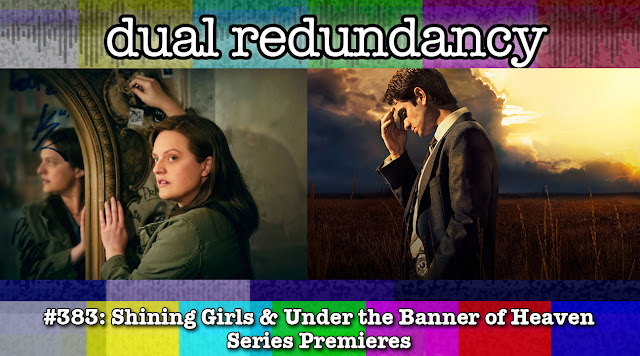 In this week's episode David, John and Kyle discuss James Corden leaving The Late Late Show in 2023 (1:20), the film adaptation of the Wicked musical being split in two parts (8:15) and a potential Pete Davidson Curb-esque series (12:30). We also discuss why HBO's series from The Weeknd is being retooled (15:50) and how Jerry West is ready to take his Winning Time lawsuit to the Supreme Court (20:10). Finally, we review the series premieres of Under the Banner of Heaven (28:10) and Shining Girls (39:40).

Want more Dual Redundancy? Be sure to subscribe to the podcast wherever you get your podcasts!
Posted by David Allen at 4:28 PM