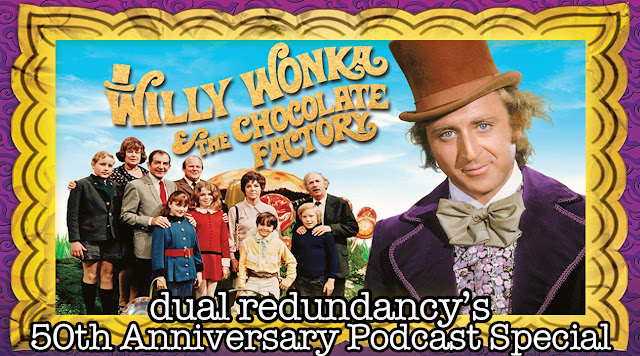 In this week's special episode David, John and Kyle discuss and break down the 1971 musical fantasy film Willy Wonka & the Chocolate Factory in celebration of the film's 50th anniversary.

We break down the film scene by scene, discuss our favorite moments and discuss some behind the scene facts. Directed by Mel Stuart and based on the Roald Dahl novel, the film was released June 30th 1971 by Paramount Pictures and stars Gene Wilder, Jack Albertson and Peter Ostrum.

You can also listen to past episodes of the podcast (including other movie breakdowns) on iTunes, Spotify, Twitch or on our YouTube channel.
Posted by Dual Redundancy at 5:15 PM