Podcast Episode 294: The Last Dance and the Premieres of Snowpiercer & The Eddy 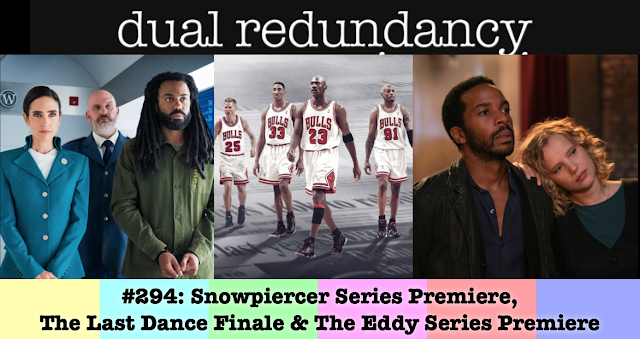 In this week's episode David, John and Kyle discuss Vin Diesel's claim that Steven Spielberg thinks it is a crime that he hasn't directed more (2:05). We also reveal which actor and film has the most curse words (8:05) and how the NFL may use virtual fans in their upcoming telecasts (13:50). Next, we discuss the Michael Jordan documentary series The Last Dance (24:00). Finally we review the series premieres of TNT's Snowpiercer (36:25) and Netflix's The Eddy (49:00).

You can also listen to past episodes of the podcast on iTunes or on our YouTube channel. Also be sure to subscribe to our Twitch channel!
Posted by David Allen at 5:28 AM