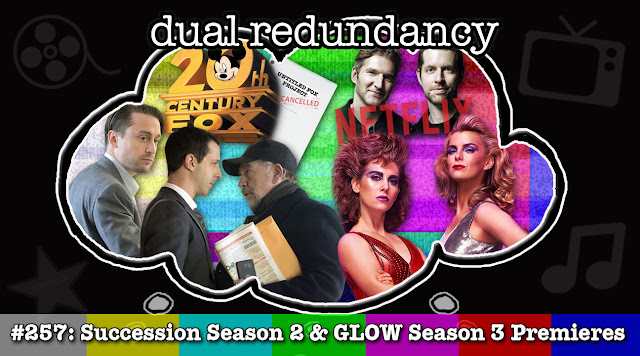 In this week's episode David, John and Kyle discuss the effects of Disney’s merger with FOX including the numerous films in development scrapped (1:45). We also discuss Gwyneth Paltrow’s Marvel confusion (14:00) and the big Netflix deal for the Game of Thrones showrunners (21:15). Finally, we review the season two premiere of Succession entitled “The Summer Palace” (28:35) and the season three premiere of GLOW entitled “Up, Up, Up” (39:20).


You can also listen to past episodes of the podcast on iTunes or on our YouTube channel. Also be sure to subscribe to our Twitch channel!
Posted by Dual Redundancy at 5:33 AM