Podcast Episode 254: Reacting to the 71st Primetime Emmy Nominations: The Good, the Bad and the Snubs 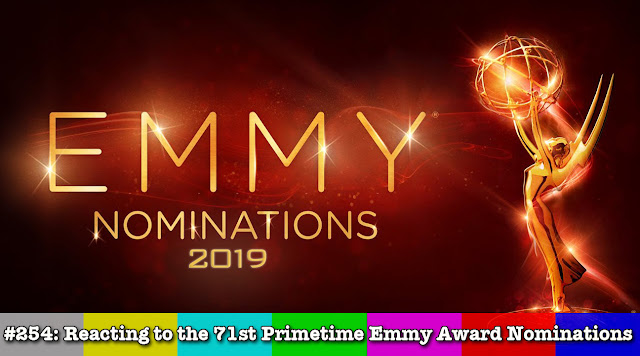 In this week’s episode David, John and Kyle react to the 2019 Emmy nominations that were announced on July 16th 2019. Before we look at the good, the bad and the snubs, we discuss overall nomination stats and the drama and comedy series categories. The 71st Primetime Emmy Awards will take place on September 22nd on FOX.

You can also listen to past episodes of the podcast on iTunes or on our YouTube channel. Also be sure to subscribe to our Twitch channel!
Posted by Dual Redundancy at 4:02 AM