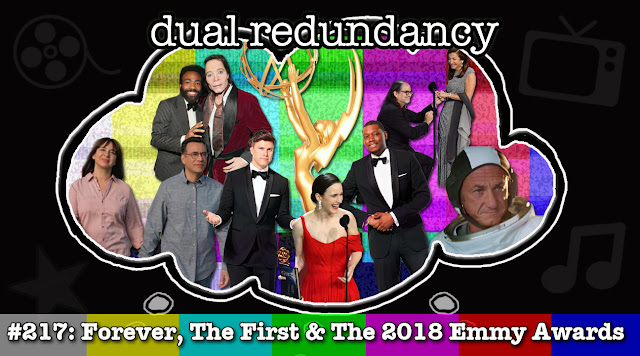 In this week's episode David, John and Kyle recap and discuss everything from the 70th Primetime Emmy Awards including who won big, how Colin and Michael did hosting, who was actually under that Teddy Perkins makeup and which host won the prediction bet (1:55). We also review the first two episodes of the Amazon series Forever entitled “Together Forever” and “June” (35:35). Finally, we review the series premiere of the Hulu series The First entitled “Separation” (46:00). 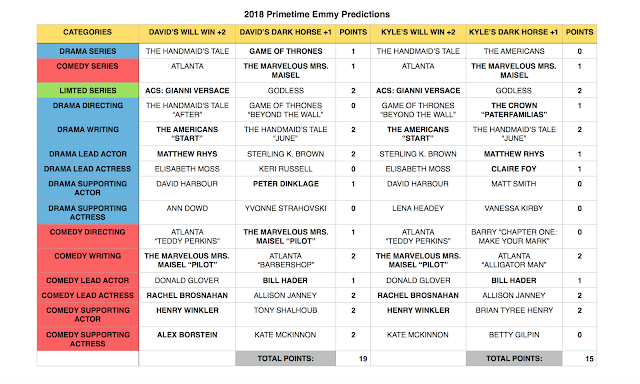 You can also listen to past episodes of the podcast on iTunes or on our YouTube channel.
Posted by Dual Redundancy at 8:37 AM