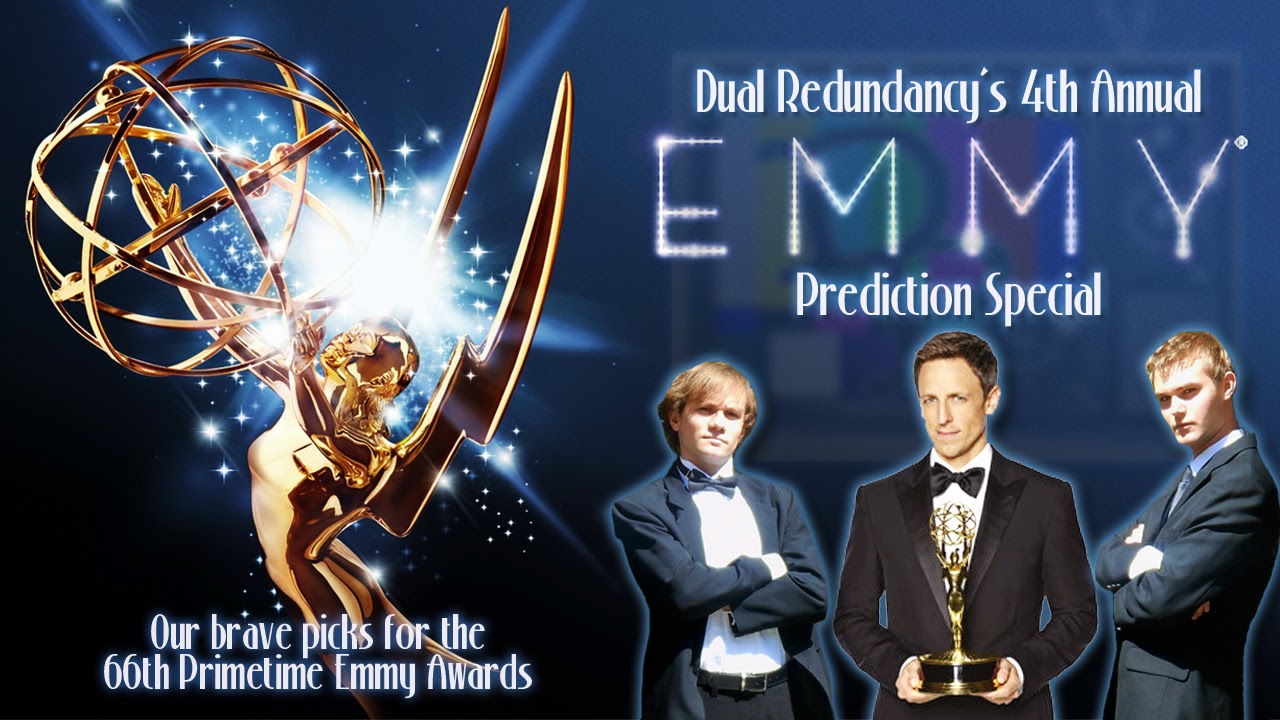 Every year David and Mike try to predict the very unpredictable Emmys in a very special episode of Dual Redundancy. This year they try and forecast who will take home the Emmy in all the major categories for the 66th Primetime Emmy Awards. The ceremony will be on Monday, August 25th on NBC and will be hosted by Seth Meyers.

You can also listen to past episodes of the podcast on iTunes or on our YouTube channel. This includes coverage of over 30 Emmy nominated shows plus an Emmy nomination reaction podcast. As an added bonus be sure to print out your very own Emmy ballot where you can keep track of our predictions and have an easy guide to follow along during the show! 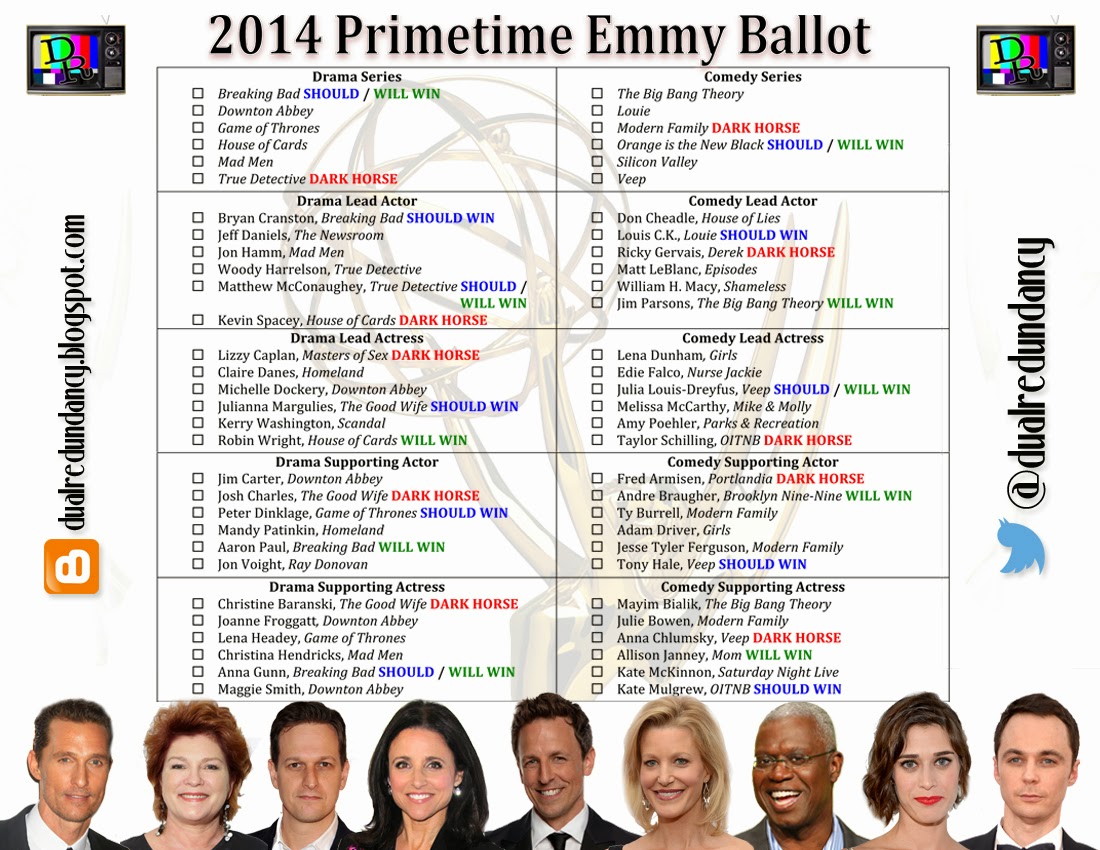 Posted by Dual Redundancy at 6:06 PM