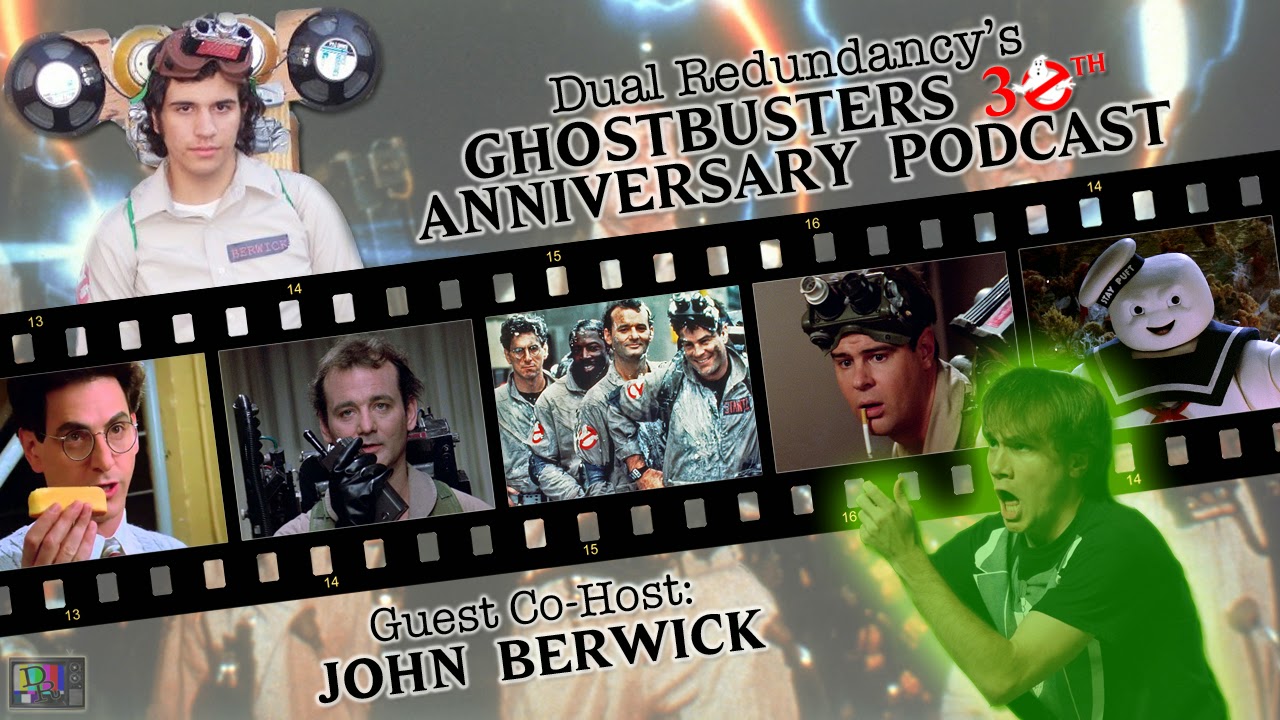 In this week's special episode David is joined with guest co-host John Berwick to discuss and break down the 1984 classic film Ghostbusters in celebration of the film's 30th anniversary.

Besides from breaking down the movie scene by scene, we look at the film's legacy, discuss possible sequel rumors, and name the top five quotes from the film. Ghostbusters was released in 1984 by Columbia Pictures and stars Bill Murrary, Dan Aykroyd, Sigourney Weaver and Harold Ramis.

You can also listen to past episodes of the podcast on iTunes or on our YouTube channel.
Posted by Dual Redundancy at 6:55 PM